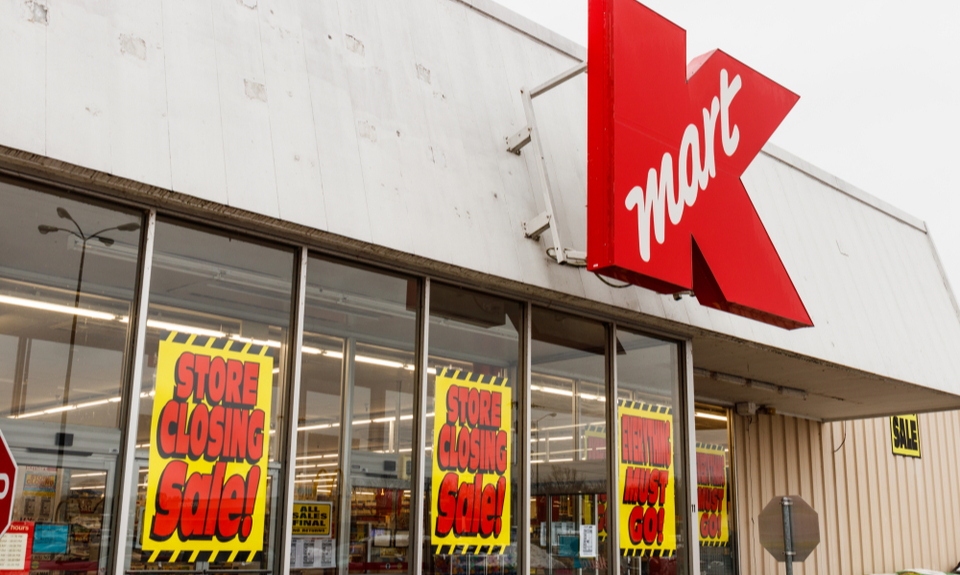 Frequently academic management literature is focused on stories of successful companies. The goal of this type of research is to identify what key elements make a company successful, so others could imitate good practices. In our case, a different path was chosen: to study a company that filed for bankruptcy, Kmart.

We believe that practitioners could also learn from failing companies to avoid repeating the same mistakes. Kmart was a pioneer in the American discount retailing sector and one of the largest discount retailers in terms of sales for a long period. Despite having what it seemed like an unsurmountable advantage, the company’s market share shrank, forcing it to declare bankruptcy in 2002.

We analyze Kmart’s business model by looking at 30 years of data (from 1971 the year of Walmart’s Initial Public Offering IPO to 2002 the year that Kmart filed for bankruptcy) searching for cues that help us understand why this company collapsed. To measure Kmart’s performance we collected data not only from Kmart but also from other important retailers such as Walmart and Target. This information was used to benchmark Kmart against its main competitors.  From this benchmark, we were able to identify the main drivers that shape the evolution of profit variation, which is our measure of performance. We complement the empirical analysis with a detailed description of Kmart’s business model based on publicly available documents from the company and other sources.

When we think about evaluating performance of a company the first thing that comes to the mind is profits. Nonetheless, we deemed that just looking at profits is not enough, it is important to understand as well the economic factors that drive the change in profits. It is by looking at these drivers that we can understand how business models create and capture value for the shareholders. For instance, some decisions implemented by a company could push some economic drivers to reduce profits while others will increase them. Discount retailing is an excellent case to explain this dynamics: while discount retailers chains lower sales prices reducing their margins, they expect to compensate the loss of potential profits with an increment of sales volume.

It is also very important for assessing the performance of a firm to include the context where the business activity takes place. In our study, we benchmark Kmart with its main rivals using our methodological proposal that combines Frontier analysis with index number theory. Frontier analysis evaluates the performance of decision making units (i.e. firms) against the best performers who are at the frontier of the production.  Index numbers have been used since the eighteenth century to measure economic performance at the national level. Index numbers aggregates price and quantities data in a way that conveys information about the current economic situation. Our study shows how companies can use accounting data, beyond the traditional financial ratios, to identify the economic drivers behind the change in profits. The methodological part is based on Grifell-Tatjé and Lovell (2015) “Productivity Accounting. The Economics of Business Performance” by Cambridge University Press.

There are five economic drivers used by companies to generate and capture value for the shareholders:

The two first components come from the prices of the items sold or consumed (price effects) while the last three elements are linked with the quantities of goods/services sold or used in the production process (quantity effects).

In our paper we recount Kmart’s corporate history by looking at these five drivers of profit change. We detail how the different policies implemented by the succession of CEO’s affected the bottom line, most of the time fragilizing Kmart’s business model. There is not a single reason that explain Kmart’s collapse but a chain of bad business decisions that affected some economic drivers in a way the losses cannot be compensated by the gains from the other drivers. What it is remarkable about Kmart’s corporate history is the fact that the managers did not stand idle while the company was on a downturn path; they frantically searched for solutions to keep the company competitive although without a clear strategic vision. Despite all their efforts, some of them temporarily successful, the company collapse and file for bankruptcy in 2002. The emerging company merged with Sears, another retailer, in 2004 and renamed the entity as Sears Holding Corporation. Kmart case has brought to the news recently as the holding filed for bankruptcy in 2018.

Our methodological proposal contributes to a research line that aims at quantifying business models’ performance. If you want to know more details about why Kmart’s business model collapsed, we invite you to read our paper “A business model analysis of Kmart’s downfall” published in the International Journal of Retail & Distribution Management.

Is Facebook’s Diem the future of cryptocurrency or a financial pipe dream?