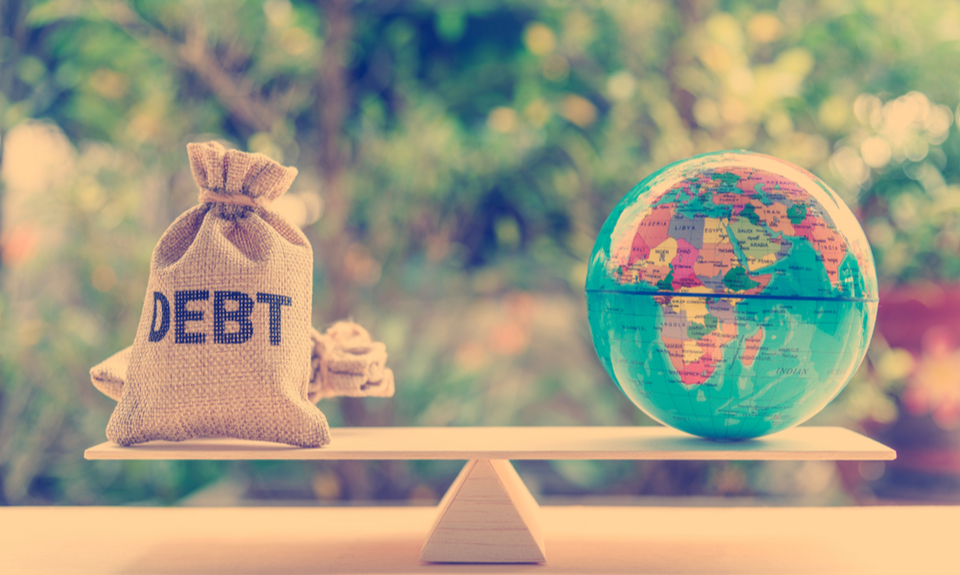 In the recent article published by Journal of Risk Management in Financial Institutions (Henry Stewart Publications), we observe that the pandemic crisis has revived the issue of debt cancellation for developing countries, placing debt relief on the front burner of multinational institutions and OECD governments. Most often the argument is that social justice should lead to forgiving debts to break the subordination of poor countries with the purpose to ‘reset the counters’. At the forefront of the militant call for the cancellation of debts is a number of non-governmental organizations (e.g., Oxfam, Attac, CADTM, FONDAD). We argue that debt cancellations have benefited the most corrupt governments in developing countries without any positive impact for the local populations and not even on long-term indebtedness trajectories.

Another full-blown debt crisis is looming

Since the 1970s, developing countries have generated an impressive number of balance of payments, currency, banking, and debt crises. One can observe waves of debt accumulation over the last 50 years, each one leading to a financial crunch. In 2021, a specter is haunting the global financial system — the specter of an upcoming chain reaction of debt defaults. Following waves of debt accumulation since the 1990s, a number of debt-servicing crises are about to occur due to a combination of headwinds. The challenges comprise the pandemic-related global recession, a fall in trade volume and commodity prices, capital flight, global risk aversion and a retreat in private funding, and a decline in workers remittances. A rising number of sovereign debt downgrades can precipitate debt moratoria. Moreover, a growing share of this external debt is short term and private, worsening debt-servicing prospects. The global pandemic currently provides all the trigger elements for a wave of debt turbulences.

The unfolding of debt crises in developing countries

Wide-ranging debt reduction programmes started with the Brady Plan in the late 1980s. A group of 37 low-income countries is eligible for massive debt reduction. These countries have resorted to the ‘Highly Indebted Poor Countries’ Initiative and the ‘Multilateral Debt Relief Initiative’, under the auspices of the World Bank, the IMF, and the Paris Club. External debt in developing countries started to rise again in 2009 after two decades of stabilization, thanks to debt-restructuring transactions with both public and private creditors, mainly international banks. Emerging market countries took advantage of ultra-low interest rates and investors’ search for yield to issue large amounts of Eurobonds. Remarkably, the countries that benefited from debt relief kept borrowing enough funds to more than offset the past debt cancellations. The ratio of debt-servicing burden to GDP in 2020 is back to its 1994 level, erasing two decades of debt reduction programs.

Moral hazard is the perverse effect that tends to occur when a party has an incentive to take unusual risks because it does not bear the full costs of that risk. All too often, complacent promises of debt cancellation to developing countries have created just such moral hazard, encouraging corruption and freewheeling indebtedness. By providing scarce resources to corrupt governments with proven track records of misusing aid, debt forgiveness only aggravates bad governance and poverty among the world’s most vulnerable populations. The most corrupt countries have obtained access to debt cancellation programs despite any credible commitment towards sustainable development. What is more, debt reduction negotiations have often benefited unscrupulous investment banks combining all possible conflicts of interest, i.e. both traders and advisers. Not only does debt relief show little impact on poverty and sound economic policies, but generous debt cancellations maintain unabated capital flight. Corrupt governments engage in new borrowing to replace the forgiven loans, while shifting national resources to foreign bank accounts, hence the close relationships between bad governance indices, namely, transparency and accountability, and large private deposits held in international banks.

Debt relief did not make countries less poor or less corrupt. This is particularly the case of countries whose growth depends on hydrocarbons and mineral wealth which combine corruption, poverty and inequalities, due to the triple concentration of economic, financial and political power. This is the case of Cameroon, Gabon, Niger, Bolivia, Mali, Togo, Uganda, Mozambique, Angola, Zimbabwe and the two Congo. In many eligible countries, corruption has been a social disaster that has engineered deeply rooted poverty and institutional fragility. As the following graph shows, the larger the corruption, the poorer the population in nations that benefited from debt relief.

Despite the perverse effects of debt cancellations, demands have multiplied, such as a right inherent to low and stagnant GDP per capita. The pandemic crisis opens a window of opportunity for enhancing sustainable development policies. Several conditions could reduce moral hazard:

In conclusion, debt remains primarily a contract between two parties. The concept of ‘odious debt’ is only an alibi to exonerate debtors from their social responsibilities and for creditor countries to conceal complacency and geopolitical as well as commercial interests. Debt relief can be a leverage for improving sustainable development prospects. The pandemic crisis offers the perfect opportunity for promoting better governance.

Article to be published in Volume 14 of Journal of Risk Management in Financial Institutions (https://www.henrystewartpublications.com/jrm/forthcoming)

Research with purpose What is the most profitable way to sell ? Evidences from research

INNOVATION IN THE PHARMACEUTICAL INDUSTRY: THE PRIVATE SECTOR IS OUT OF THE DRIVING SEAT