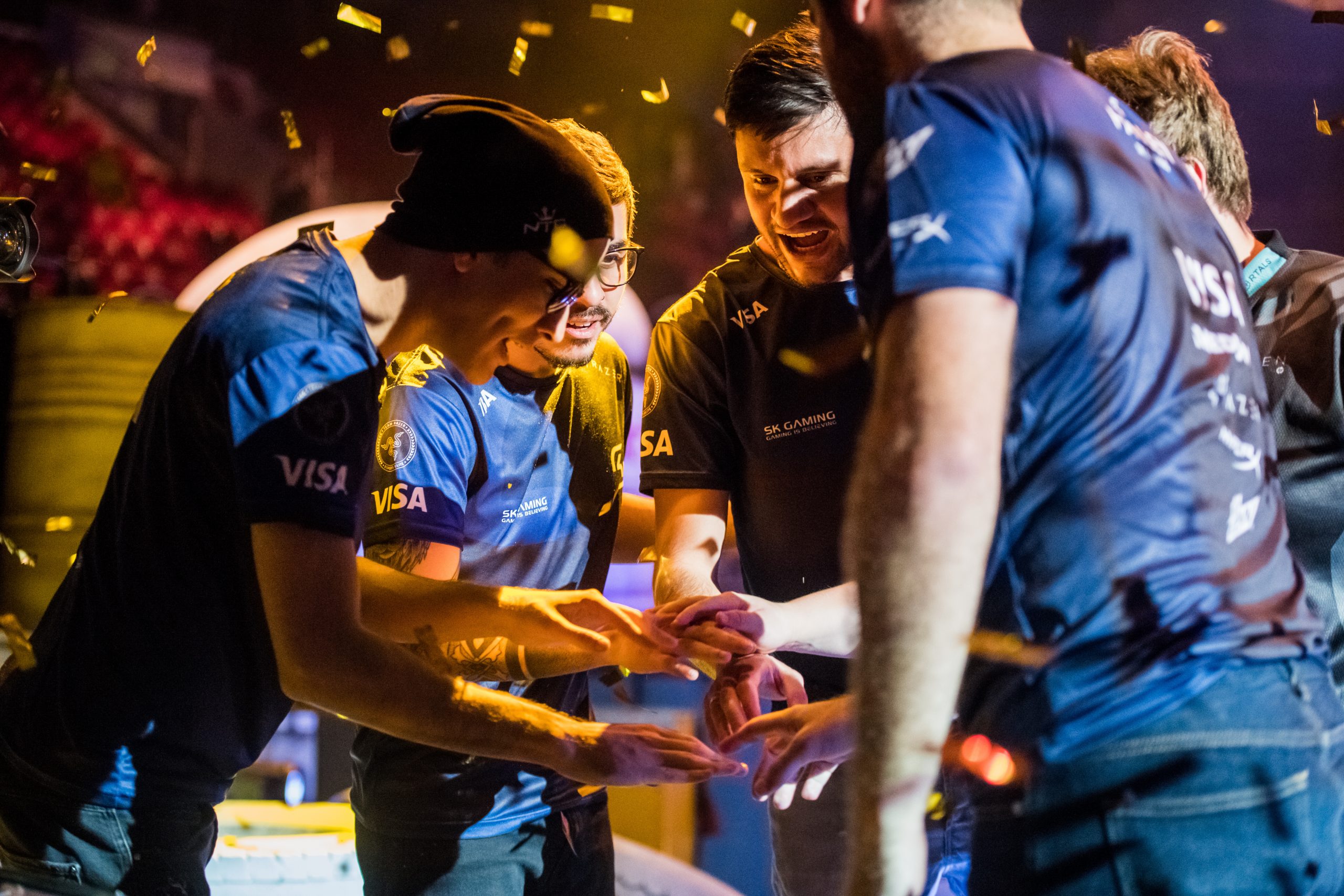 Isolation, deviant behaviour… Video games and esports tournaments don’t always get a good press. Although deviance and risk behaviours are very much present, this viewpoint too often eclipses the positive aspects of gaming and more particularly its educational value when practised sensibly.

A study conducted by the Royal Melbourne Institute of Technology in 2016  showed that students who play online games regularly in high school achieve much better educational outcomes in reading, mathematics and science (International Journal of Communication, 2016).

Ricky Jennings describes the esports phenomenon and its educational benefits. Among the soft skills that are developed by the practice of esports in schools and universities, he lists collaboration, communication, work ethic, managing emotions in high-pressure situations, and self-confidence.

Now with the economy going digital at high speed, more and more companies are looking to recruit people with these types of skills. That is precisely what Julie Atlan shows in the study Soft skills, cartographie des compétences, 2019. She identifies the five most sought-after soft skills in 2019 according to LinkedIn: creativity, persuasion, collaboration, adaptability and time management.

How does playing esports help to develop these soft skills?

Creativity is one of the soft skills that is the most developed by playing video games. Children who spend time gaming and exploring virtual worlds are more likely to become artists, engineers, scientists or even inventors. A study conducted by Michigan State University (MSU) involving some 500 twelve-year-old Americans revealed that the more the children played video games, the more creative they were in tasks such as drawing or story writing (Jeu video: un passeport vers la créativité !).

Where persuasion is concerned, things are a little more ambiguous. The persuasive game concept was developed by Ian Bogost (2010), who discusses the rhetoric of video games, notably used in the fields of politics and advertising. The French video games Premiers Combats and Happy Night Club, for example, which claim to modify behaviours, undeniably fall into the persuasion category. But although their aim is to persuade, they do not develop persuasion. This soft skill can be found in specific roles, like that of the shot caller or the strategic leader of a team (Counter-Strike: Global Offensive; League of Legends). The player in this role has to win the other players over to his or her vision for the game plan. He or she must persuade the team that they’re calling the right shots.

However, it can be asserted that gaming does indeed encourage collaboration between the players on a same team. In League of Legends, the five players on a same team each have a very specific role – top, jungle, mid, adc, support – and organise themselves against another team on a map, with the aim of destroying the opposing team’s base: the Nexus. All the team members work together towards a common goal. They communicate, develop strategies, and take individual and collective actions to vanquish their opponents. Because the game is very complex, collaboration has to be optimal for the team to perform well.

According to a recent British study (2013), action video games such as StarCraft can improve a person’s ability to adapt and can promote fast thinking. Researchers from the Queen Mary University of London and University College London recruited 72 women and measured their “cognitive flexibility”, which is a person’s ability to adapt, to switch between tasks, and to juggle between different ideas at the same time to solve a problem. Their study shows that cognitive flexibility, a cornerstone of human intelligence, is not a static trait but can be trained and improved using fun tools like gaming. (Brian D. Glass, W. Todd Maddox, Bradley C. Love, 2013)[DB5] .

Finally, it has been found that action video gamers are up to 25% faster at decision making. Fast-paced video games typically require players to react quickly to avoid getting killed. In this type of game, time management is omnipresent. According to scientists from the University of Rochester, in real-life situations, active players develop a heightened sensitivity to what is going on around them and are capable of making decisions faster. (Daphne Bavelier, 2010).

Although there are widespread beliefs about the harmful effects of video games, it is now possible to see the benefits that can be gained from a sensible practice of esports in higher education. It is worth noting also that gaming has opened the way for new forms of social connections that dissolve the distance created by the medium for a generation that has actually acquired these soft skills in a virtual environment.

Learn differently Theory U: How to accompany students in the face of uncertainty?