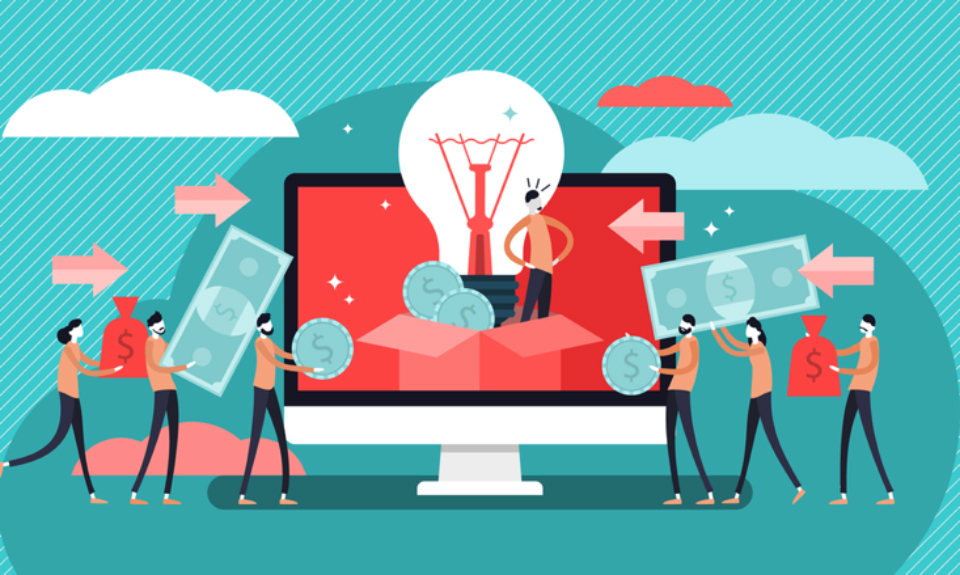 The entrepreneur’s character and talent are an important factor for startup investors. But how does this play out in the crowdfunding setting? We show that the personality trait of narcissism can be an obstacle to fundraising by crowdfunding entrepreneurs.

The personality of entrepreneurs affects both the way they set up their project and the success of the new venture. In the past, face-to-face meetings enabled backers to assess the personal characteristics of the entrepreneur and decide on their investment accordingly. The rapid growth in crowdfunding platforms over the last 10 years has broadened the pool of potential backers able to finance entrepreneurial projects. Although this provides new opportunities for investors and entrepreneurs alike, it also implies that investment decisions are made on the sole basis of online content. Potential backers must therefore search for clues about the entrepreneur’s personality in the project descriptions provided on the crowdfunding platform. We provide strong evidence showing that the prospects for a successful project are damaged when the entrepreneur is highly narcissistic – investors place lower value on a crowdfunded startup whose human capital is perceived as negative.

Through the lens of reward-based crowdfunding

Reward-based crowdfunding provides an ideal setting in which to examine the effect of the entrepreneur’s narcissism on both early-stage campaign design and campaign outcomes. Equity and debt crowdfunding platforms have a demanding selection process – only a small proportion of projects are presented to investors. In all likelihood, projects led by unsuitable individuals are filtered out at this stage. In contrast, reward-based crowdfunding platforms apply only minimal quality controls and almost all projects are presented to the public. Potential backers can therefore choose between a great variety of projects. We take information about reward-based crowdfunding campaigns from the Indiegogo platform, which is one of the market leaders. The information available includes full details of the entrepreneurial project, texts, videos, rewards offered and information about the team. Project leaders are required to make two main choices about the campaign – how much funding to ask for (the funding goal) and whether to keep all the funds raised whether the goal is reached to not (keep-it-all) or to only keep funds if the goal is reached (all-or-nothing). The platform data also records the outcome of the campaign, enabling us to determine how many investors committed to the project and whether the goal was reached. We found full information about nearly 15,000 crowdfunding campaigns – the high number of projects analyzed guarantees that our findings are meaningful and relevant.

Negative personality traits such as narcissism are likely to be somewhat off-putting for investors. Narcissists typically engage in grandiose and arrogant behaviors and have an overblown sense of entitlement. They also find it hard to accept advice or criticism and tend to have biased perceptions – attitudes which make it difficult for them to correctly define what is required to take their entrepreneurial project forward. A high level of narcissism in an entrepreneur is therefore likely to compromise the success of the venture. The story is not completely straightforward, however – narcissists may not display grandiose and arrogant behaviors. Recent research in psychology shows that narcissism can also cause ego-defensive behaviors. If ego-defensive narcissism is present, individuals do not engage in the expected grandiose actions but instead develop strategies to avoid failure. They take pre-emptive steps to sidestep situations whose outcomes may harm their ego. The narcissism of entrepreneurs is likely to affect the design of the entrepreneurial project differently depending on the type of narcissism. The design of the crowdfunding campaign may itself affect the success of the project. Online content, campaign characteristics and the announced funding goal all provide clues for potential backers. While it is widely accepted that narcissism in an entrepreneur can compromise success, much less is known about the effect on narcissism on the very early stages of a project.

More narcissistic crowdfunding entrepreneurs set lower campaign goals and also allow themselves more time to meet the funding goal by setting a longer collection period. This is somewhat contrary to the prevailing view of narcissists, who are perceived as grandiose and arrogant and might therefore set higher goals. However, the results are completely consistent with research in psychology about ego-defensive narcissism. Failure would be intolerable to the entrepreneur’s fragile ego, so he/she pre-emptively makes less ambitious choices about the campaign to reduce the risk of ego damage.

In a surprising result, we find that even with less ambitious goals, more narcissistic entrepreneurs are still less successful than their less narcissistic counterparts. Potential backers are able to recognize the narcissism of project leaders from online content and are at pains to avoid them, in spite of the lower funding objective and the longer collection period. The effects are economically meaningful – highly narcissistic entrepreneurs attract 14 fewer backers compared to a mean 64 backers per project and more than $1,000 less funds compared to an average goal of $13,000 and an average amount of pledged funds of $5,000.

Should platforms be concerned?

It is impossible to track to success of the entrepreneurial venture once the crowdfunding campaign has ended, although it seems reasonable to think that more narcissistic entrepreneurs may also experience lower levels of long-term success even if they do manage to get their project off the ground. It could make sense for crowdfunding platforms to assess entrepreneurs’ personalities – platforms compete to attract projects and they stand or fall by their success rates. Weeding out risky entrepreneurs through an online personality test could enable them to improve their performance. The ability of potential backers to identify narcissists from online materials could also present a business opportunity for crowdfunding platforms. They might consider additional services such as the professional editing of project descriptions, which could provide an additional source of revenue. Although the conclusions here relate to the specific context of reward-based crowdfunding, the conclusions are also potentially relevant for other types of crowdfunding and more generally for entrepreneurial development.

How we organized a real-world business case for 1400 students across three different campuses?