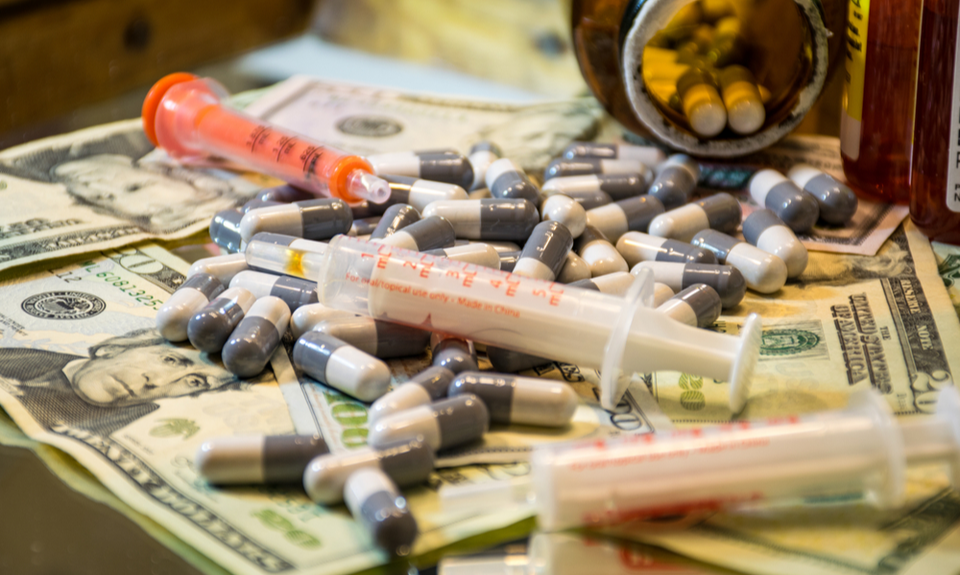 Businesses’ economic problems can be assessed based on their ability to organise the knowledge value chain, i.e. to research, develop, scale up and sell knowledge. The chain is organised efficiently when it provides access to a new routine which replaces an established way of resolving a problem. To achieve this, knowledge-intensive industries invest massively in intangible assets (R&D, human capital, organisational capital, etc.).

France stalls compared to its neighbours

The quest for shareholder value has led Big Pharma, the industry’s behemoths, to allocate a high proportion of their profits to buying back shares and paying dividends. In France, Sanofi has for example dedicated 99% of its profits to share repurchases and dividend payments over the last decade, according to Alternatives économiques. Allocating cash which could have funded fundamental research to shareholders puts the brakes on innovation.

Looking more widely, France’s stalling pharmaceutical industry is symptomatic of a broader problem. In 2019, the country’s overall R&D/GDP ratio was 2.2%, compared to around 3% in Germany. Of this 2.2%, only 18% was allocated to biology-healthcare, and government spending on R&D for healthcare fell 28% between 2011 and 2018. This impacts the number of publications, citations and patent filings.

In the USA, it is in the most financialised companies that R&D spend is least productive, per dollar spent. Merck and Pfizer buy “blockbusters” created by other companies, collect the intellectual property revenues and contribute little to efforts to develop drugs. They become “transaction platforms”.

Two aspects are of interest here. First, France’s schizophrenic attitude, which promotes the production of new knowledge but does not want its applications because they transform ways of working, downgrade existing products and processes and reallocate skills. The consequence of this for the pharmaceutical industry is that France does not champion the production of innovative drugs.

Second, innovative choices are by nature ambiguous and risky. As we have seen in our research, it is difficult to evaluate in advance the social acceptability of alternative policies, distinguish good projects from less promising ones, select the directions in which R&D efforts should be boosted and manage the pace of technological progress.

That is why public investment in running clinical trials acted as a consolidation mechanism during the pandemic. Economists Ruchir Agarwal and Patrick Gaule demonstrated this through their recent analysis of 300,000 trials in 209 countries, distinguishing between Covid on one hand and 75 other diseases on the other.

The first sample, which covered 75 diseases, followed an empirical pattern, the “law of diminishing efforts”. When the number of patients increased by 1%, R&D effort increased by only 0.43%. The second sample, which looked at Covid, did not follow this rule. The number of clinical trials was seven to 20 times higher than the market size would have implied and did not lead to a reduction in investment (absence of crowding out effects).

It was as if the work required to create a vaccine had been carved up. Worldwide, 70% of clinical trials were run by public research institutions (universities, hospitals, specialist centres, etc.). Consequently, in the USA, the public sector facilitated innovation on a large scale by enabling the private sector, supported by public money, to put vaccines on the market in record time.

This demonstrates that economic arguments are not sufficient to explain why a new routine is established. The organisational and relational argument becomes key in understanding how the private and public sectors work together in partnerships. Motivations other than profit, such as a desire to build reputation effects by bringing safe and efficacious products to the market, also play a key role.

This article is republished from The Conversation under a Creative Commons license (article original).

Corporate political connections: how do they affect corporate transparency?