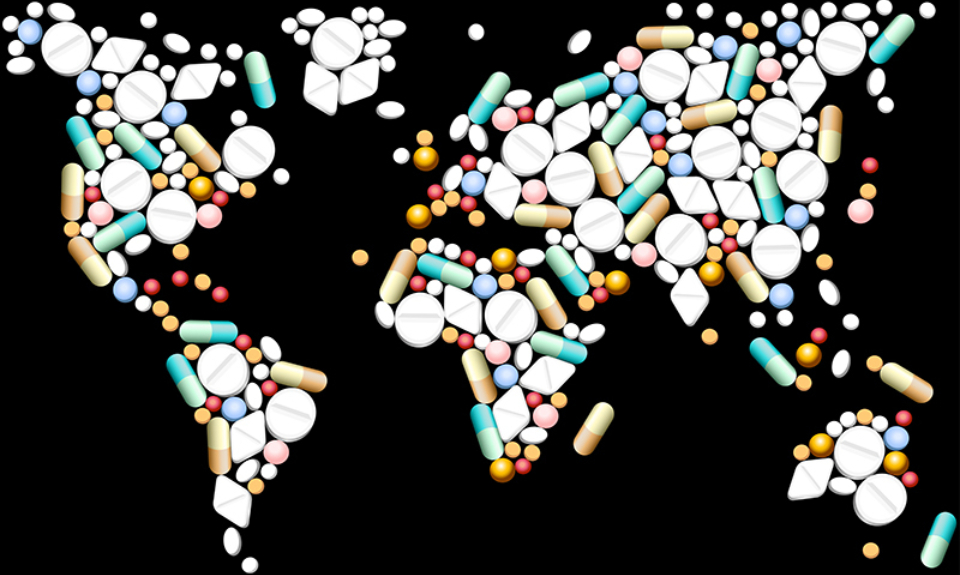 Illegal drug trade, arms and human trafficking, counterfeiting… “Grey globalisation” players have spawned transnational organised crime (TOC) that is difficult to stamp out. Indeed, it is complex on account of its production bases, networks, funding and demand. An analysis of drug trafficking through the lens of consilience provides a better understanding of this issue and its challenges.

An Inquiry into the Nature and Causes of the Wealth of Nations by Adam Smith is often cited but rarely read. Offering a new reading of Smith’s seminal work, the American economist William Easterly recently suggested that the Scottish economist should be more widely recognised as one of the founders of development economics. Indeed, reflecting on the European colonisation of his time, Adam Smith expressed how much the latter, symbolised by the actions of the East India Company, had transformed mutually beneficial trade into zero-sum gains at the expense of the colonised. Nevertheless, according to him, it was not so much the men working for this company with a trade monopoly who were to blame for these practices, but rather the economic system in which they were operating:

I mean not, however, by anything which I have here said, to throw any odious imputation upon the general character of the servants of the East India Company, and touch less upon that of any particular persons. It is the system of government, the situation in which they are placed, that I mean to censure, not the character of those who have acted in it. They acted as their situation naturally directed, and they who have clamoured the loudest against them would probably not have acted better themselves.

In other words, Adam Smith reminds us that our economic activities are ultimately influenced by the incentives to which we are responding, and the latter are defined by the institutions (formal and informal norms) governing the interactions between individuals of a same society. More recently, the Nobel Prize-winning economist Douglass North  and the economist Daron Acemoglu extended this institutionalist view of economic development. Depending on the nature of the incentives created by institutions, a same individual might equally engage in predation (corruption, organised crime, rent seeking) or in production (creation of new activities, innovation). Thus, the analysis of the beneficial role of the entrepreneur put forward by Schumpeter needs to be nuanced. Though much admired in our modern societies, entrepreneurs are not “good” per se. Context is everything, a point emphasised by the economist William Baumol, who stresses that throughout history, in their quest for profit, entrepreneurs have frequently been a “parasite” on society.

Through this institutionalist lens, transnational organised crime (TOC) can be understood as resulting from entrepreneurs motivated by profit, sufficiently encouraged (or at least sufficiently undeterred) by existing institutions, and engaging in international price arbitrage. This definition obviously applies to any transaction characterising economic globalisation, which incidentally highlights the amorality of the latter. But of course, the big difference is that TOC is illegal. The following map, sourced from the World Atlas of Illicit Flows, shows that the international networks of TOC are extensive and encompass counterfeiting but also the illicit poaching, theft and exploitation of natural resources, the drug trade, illegal migrant smuggling, and human trafficking. In total, close to 2 trillion dollars are generated annually by TOC , representing 2% of the global GDP. The illegal drug trade is by far the largest form of trafficking, in terms of its networks, its global scale, and the revenue it generates.

This substantial revenue is the result of a supply facilitated by failed states incapable of upholding the rule of law, and of a growing demand that “destination” states are struggling to suppress, within a highly globalised context where illicit flows can easily be hiding in legal trade flows.

France provides one example of this dynamic. According to the OFDT (the French Monitoring Centre for Drugs and Drug Addiction), cocaine use is constantly rising in France even though consuming this drug (and of course selling it) constitutes a criminal offence that may be severely punished by the law. One reason for this is a drop in its price. The exporting countries in Latin America (Colombia, Peru and Bolivia) are constantly producing more, causing the drug’s value to decline globally, along with that of human life. The high rate of homicide in Colombia, fuelled directly or indirectly by drug trafficking, is evidence of the extreme violence that reigns in that country, compared with France for instance.

Other reasons mentioned by the OFDT  are the multitude of procurement channels (including online) and import routes, the greater sophistication, extension and normalisation of sales channels in France, and a festive and high-end representation of this drug in the minds of users. Given that one gram of cocaine costs around 2.50 euros at the start of the value chain in Colombia and 71.50 euros when sold in France, it is clear that there are gigantic profits to be made by all stakeholders… except the farmer producing the coca. In “Narconomics: How to Run a Drug Cartel”, the journalist Tom Wainwright reminds readers that drug traffickers are entrepreneurs like any other. They innovate to increase their returns, they try to penetrate new markets, they exploit the opportunities offered by globalisation and new technologies, they may prefer collusion to competition, and they act as monopsonies (markets with only one buyer) by paying farmers very badly, with many of the latter earning less than 2 dollars a day.

The solution to reduce this illegal trafficking is to alter the incentives that lead to individuals becoming entrepreneurs in transnational organised crime. In the case of the global drug trade, imposing stricter rules in source countries and destinations to reduce the supply has proven unsuccessful. The American economist Milton Friedman has even argued that “If you look at the drug war from a purely economic point of view, the role of the government is to protect the drug cartel.” By that he meant that the prohibition only increases the profits generated by the cartels, encouraging them to keep up or step up their efforts. Based on this observation, Milton Friedman (and others after him) suggested legalising the drug trade so that legitimate, registered businesspeople might take over from the criminal entrepreneurs. The idea is that the resulting rise in supply would drive down prices so much that drug traffickers would see their profits reduced to nought and the drug trade would lose its appeal. The “good” entrepreneurs would then effectively chase away the “bad”! Such a policy could have a multitude of positive effects, such as a reduction in the violence and crime resulting from the prohibition, but could also generate new tax revenue of a similar kind to the taxes imposed on alcohol and tobacco, the “licit drugs”. The recent policies decriminalizing the sale of marijuana in the United States are an example of how receptive some countries are to these liberal arguments.

However, these liberalisation policies are not without risk. In certain places, such as California, they have failed. The public price of marijuana proved to be prohibitively high compared to that charged by traffickers. Furthermore, with drug legalisation comes the risk that the legal market will stimulate the illegal market, and the “good” entrepreneurs will end up playing into the hands of the “bad” entrepreneurs. Such a phenomenon was observed in 2008 after a legal sale of ivory from African elephants in Japan and China. A study has proved that this legal sale stimulated a demand which illegal ivory traders met in the years that followed, resulting in an over 50% increase in the number of elephants killed. Finally, there is a third risk, tied to health: if drugs were legalised their consumption could become normalised, leading to a rise in mortality, particularly among young people.

And here lies the crux of the issue. For reasons that are perfectly understandable, policymakers tend to focus their discourse and decisions on cutting off the supply. This is the case for the many programmes funded by the United States to eradicate coca plantations in Latin America or to finance the dismantling of cartels. Not only has this US war on drugs cost Washington close to a trillion dollars, it has also tended to exacerbate the violence and the destructuring of South American societies. Conversely, the issue of demand garners much less attention. Yet, to be fair, it should be acknowledged that illegal trafficking would not exist in the absence of demand for illicit products. But it is much easier to combat the foreign supply than the domestic demand, except by punishing users with a fine, a repressive approach that has never truly proven effective.

The obstacles public authorities face are huge. There are three main ones. First of all, drug use has largely become normalised in Western societies, particularly among young people, who have a positive image of cannabis use and see it as no big deal; indeed they consider it less dangerous than nicotine. In practice, it is difficult to fight against phenomena that affect entire segments of the population. In addition to this, the profiles of drug consumers are highly diverse, making it very tough to target users and adopt appropriate policies. Finally, we must remember an element that is overlooked in our times: the distinction between accepted and stigmatised drugs is established by the law, leading to cultural representations that doctors do not share. Indeed, the OFDT places not only cannabis and cocaine in the “psychoactive substances” category, but also alcohol and tobacco. Yet, not only are there much higher numbers of alcohol and tobacco consumers (13.4 million and 8.8 million respectively) than cannabis users (1.2 million), but these two legal drugs cause a lot more damage than the illegal ones, by far. Suffice to say that public policies aimed at combatting drug trafficking and consumption seem destined to crash like waves against rocks.

Ultimately, there are economic, sociological, geopolitical and other dimensions associated with transnational trafficking. The problem originates in demand from rich and developed societies that, more often than not, refuse to address the symptom of social malaise, attacking instead the poor producer-countries, the first victims of the drug trade.

Heuristic decision making : how to decide in a complex and uncertain world?