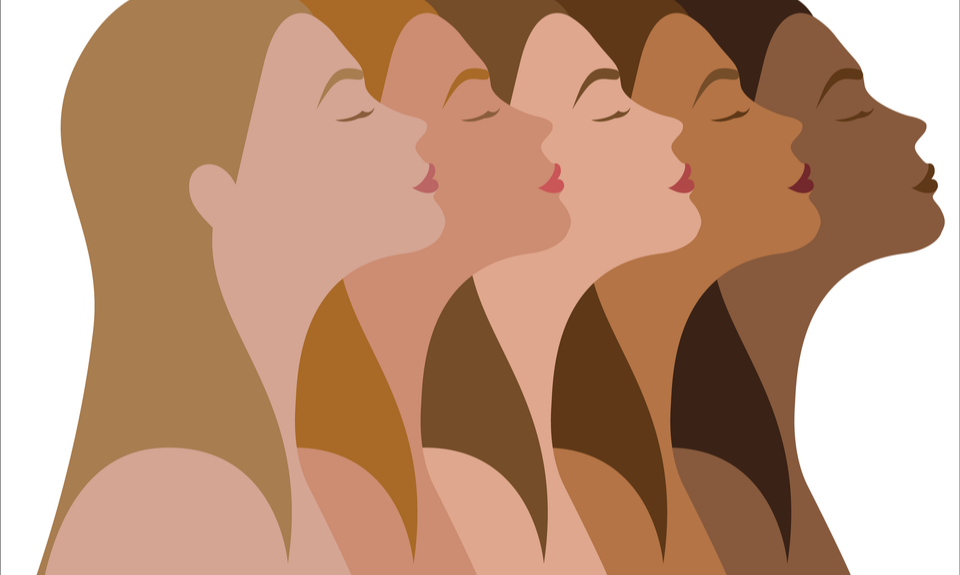 Skin lightening is an age-old practice dating back to the end of the Middle Ages in Europe. It spread from Asia to the American continent. According to the WHO, 40% of African women currently engage in this practice. But using chemical substances in an attempt to whiten the skin can cause irreversible damage. This article examines this fantasy that is as timeworn as it is hazardous to health.

Beauty standards have long placed an emphasis on skin, its colour and its appearance. As demonstrated by the French historian Georges Vigarello, during the Renaissance period one of the major criteria for feminine beauty was skin whiteness. A pale complexion was considered a sign of nobility, good health and elegance. White skin was associated with the upper classes, denoting people who did not need to work outdoors. To achieve an ideal complexion, women did not hesitate to use lead or mercury. In the 18th century, the appearance of new shades of red in make-up led to a greater acceptance of colours and the idea that beauty could have many faces.

On the other hand, the development of a cultural and scientific racism necessary to justify the Atlantic slave trade led to a stigma attached to dark skin. A hierarchy was gradually established based on intensity of skin colour: fair skin was associated with accomplishment, success and beauty, while dark skin was held as a sign of poverty and labour. Beyond the economic, social and political spheres, science and medicine also had an impact on people’s perception of dark skin. In his article entitled Skin Colour in Medical Discourses (1730-1770), Guillaume Linte put forward several medical theorieson skin colour diversity in the 18th century. According to him, the dominant theory was that dark skin was the result of a medical condition, described by Doctor Daniel Turner in 1743 as the expression of a jaundice in its most degenerate form.

The paradox, as demonstrated by Juliette Smeralda in her book entitled Peau noire, cheveu crépu : l’histoire d’une aliénation (black skin, frizzy hair: the history of an alienation), is that ‘white people’ kindled an inferiority complex in black people leading some to resort to skin whitening out of a desire for social acceptance. In other words, centuries of stigmatising dark skin led to a desire to be white. Since the body is the first thing others see, the need to meet certain aesthetic standards established by societies whose model revolved around white skin would largely explain the yearning for skin whitening.

Skin whitening, the result of colourism

The term “colorism” (or colourism) originated in the United States and actually exists in all post-emancipation societies. It refers to the organisation of individuals into a hierarchy according to the shade of their skin (Pap N’Diaye, 2006).

From India to the United States, from the peasant castes to pop stars, most women are discriminated against based on the colour of their skin. The documentary Skin, by the actress Beverly Naya, sheds light on the current impact of this crucial issue in Africa. In it, a Nigerian woman confesses to having tried skin whitening techniques out of fear that her husband would leave her for a lighter-skinned woman. In another vein, the actress Diana Yekinni admits to having been on the receiving end of multiple racist comments about her skin colour, such as “A dark-skinned actress is risky for my film” or “I don’t know how to light you”. Generally speaking, many Black women report feeling more socially accepted and more beautiful when they lighten their skin.

The standardisation of skin colour, post-colonial trauma, socio-economic status, beauty standards, and peer pressure seem to be factors that compel women, aged 20 to 40 primarily, to practise voluntary skin whitening. This raises the issue of the underrepresentation of Black women in the public sphere, since changing the mentality of deeply ingrained colourism will, in part, require the emergence of models that can represent all forms of beauty and success.

Meanwhile, skin whitening remains an extremely widespread practice. According to the WHO, in Togo for example, 59% of women regularly use skin bleaching products. Most of these women are very discreet about it. According to Catherine Tetteh, founder and president of the NGO Melanin Foundation, individuals who practise skin whitening will often claim that they are mixed-race to explain their lighter skin.

The practice is common, but that does not make it any less potentially hazardous. To this day, the most popular method used by women wanting to lighten their skin is the application of creams containing lead, hydroquinone, or more recently cortisone or intravenous glutathione treatments. The WHO warns against skin whitening, as it can damage the liver and kidneys, trigger psychotic episodes, lead to brain damage in foetuses, or even cause cancer.

In fact, advertisements for these products have been banned in Burkina Faso since 2006, by order of the High Council for Communication (CSC). France, Nigeria, Kenya and South Africa have even taken the drastic measure of banning their sale completely. They are readily available online, however, and their trade remains significant. The problem is that the majority of consumers are unaware of how harmful these products are, particularly those in the more remote regions where they are often ill-informed or victims of false advertising.

The responsibility of product manufacturers with respect to this moneymaker

Mentalities are evolving. The NGO Label Beauté Noire is one organisation that has been working for 20 years on prevention and on raising awareness of the dangers inherent in deliberate skin whitening. The organisation is also trying to have certain products seized as they pass through customs. The goal of these actions is to draw attention to a health and social problem that is as significant as it is unspoken. The work of these non-profit organisations cannot be done without the support of Black female role models, following the lead of the Black is Beautiful movement.

As for the cosmetics industry, it is trying to reinvent itself. Last June, L’Oréal, the largest cosmetics and beauty company in the world, announced that it was removing the words “white/whitening”, “fair/fairness” and “light/lightening” from its skin-tone evening products. In addition, beauty brands are beginning to broaden their product palettes to adapt to different skin complexions.

Is this marketing revolution hiding a deep-rooted trend? Predictions by Global Industry Analysts seem to indicate that there is a long road ahead: it is estimated that the skin lightening industry will be worth 31 billion dollars by 2024.

Corporate political connections: how do they affect corporate transparency?