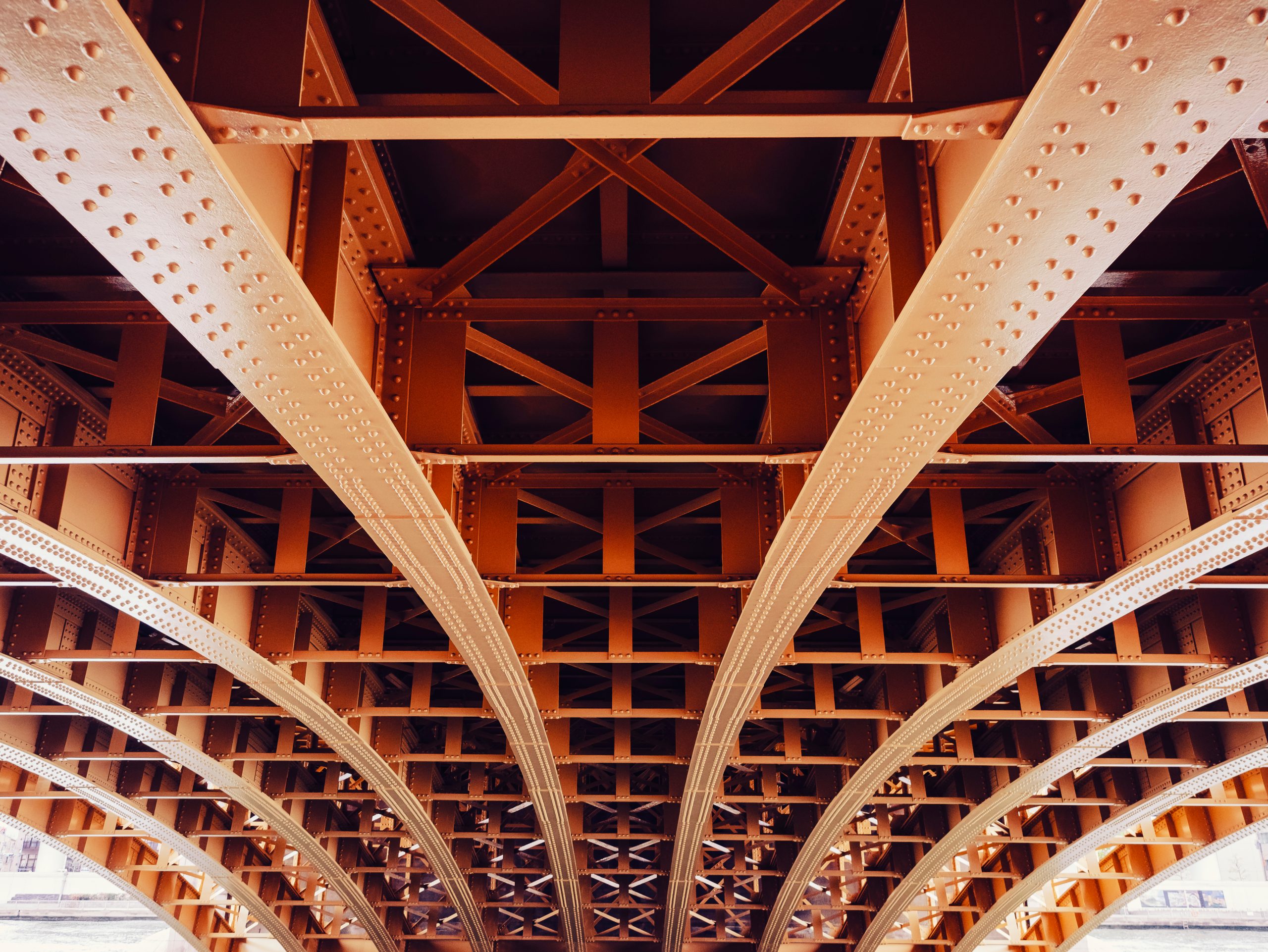 Revolutionary in its time, steel has become a material of vital importance to our modern economies. The list of steel-using industries is long, ranging from construction to transport and leading-edge technology. Yet, the extraction and refining processes involved in steelmaking produce 5 to 7% of global greenhouse gas emissions. Has steel become a modern-day pharmakon, both a remedy and a poison of our industrial economies?

Steel, a panacea for humanity

If metals are an excellent entry point into the history of humanity, it is because they enabled and supported human progress. It is not at all surprising that they became the symbols of the great ages of the past, “the Bronze Age” and the “Iron Age” being two examples. In some respects, it is no exaggeration to call the era which began with the second industrial revolution the “Age of Steel”.

The unique properties of steel – ductility, hardness and ability to absorb shocks – have made it a veritable mainstay of the 20th century. It revolutionised transport, from railways to aircraft, but also ships and automobiles. In construction, it led to the great skyscrapers that give modern cities their verticality. More broadly, its use has radically transformed a great many fields, from medicine to weapons manufacturing. It is so commonplace that it has permeated the collective imagination with “men of steel”, from Stalin… to Superman.

While the production of steel began more than 2,000 years ago, it was not until the 19th century and the invention of the “Bessemer process” that the shift was made from the costly, artisanal production of mediocre quality steel to the mass production of high-quality steel. Indeed, steelmaking is a complex process. This alloy is made from iron ore and 0.8% to 2% carbon. Coke and iron ore are fed into blast furnaces. The combination of the two, brought to 1,250 °C, leads to the combustion of the coke, releasing carbon which reduces the iron oxides. The result of this is pig iron. Steel is then obtained by blowing oxygen through the molten pig iron.

A source of discord

Thanks to the Bessemer process, the steel industry flourished in the 19th century before facing a crisis and undergoing extensive restructuring due to the abundance of players and competition in this strategic industry. Usinor is a good example of this: this steel company based in the north of France and founded after World War II developed as a result of successive mergers and acquisitions before facing major financial difficulties in the 1970s. The government literally saved the company and, in 1986, had it merge with Sacilor, its competitor, to become the Usinor-Sacilor group. In 1997, the group became Usinor once again, an entirely restructured company with global ambitions. In 2001, Usinor merged with the Spanish company Aceralia and the Luxembourg-based Arbed to form the European group Arcelor. This merger was supposed to be the last, intended to preserve European steelmaking. Yet, five years later, Mittal bought out the group after making a hostile bid. The two companies merged under the name ArcelorMittal, becoming the world’s largest steelmaking group.

While China may have been absent from these global concentration transactions for a long time, it was the reason behind them according to the economist Philippe Morvannou. Indeed, Chinese steel production represents more than half of the global production and iron ore is a key element for understanding international relations between China and the rest of the world. For Beijing, one of the major priorities when it comes to steel is the diversification of its iron ore supply. Indeed, China imports a very large portion of the iron ore it consumes and transforms for the rest of the world. This makes the country dependent on Australia and Brazil, its main suppliers, a position which is particularly problematic in the long term. Consequently, Beijing is seeking to maintain its current position of power.

Thus, a veritable “geo-economy of steel” has emerged since the entry into globalisation. Several times, the United States have conducted a “steel war”. In 2002, George Bush invoked the WTO Agreement on Safeguards to impose exceptional tariffs on steel imports in order to protect American giants in the industry. The conflict was short-lived, not just because the tariffs had little effect on the American economy, but also because the WTO ruled them illegal. Despite these mixed results for Washington, president Trump started a new steel war in 2018 against the European Union before reaching an agreement in 2021. Western countries have now shifted their focus to China. There is some question as to whether the United States and Europe are capable of maintaining their industrial independence. Given the climate of rising tensions between Washington and Beijing, it is not unlikely that there will be further steel wars in the future.

From panacea to poison?

The consumption of metals – including steel – has skyrocketed, particularly as a result of the boom in digital technologies and renewable energies: over 250% between 1970 and 2017. This boom has consequences on the environment, as the steel industryproduces 5 to 7% of global greenhouse gas emissions. In 2020, France Stratégie established an estimate of the energetic cost of the 17 most commonly used metals and the associated CO2 emissions as part of the Feuille de route pour l’économie circulaire (Circular Economy Roadmap) initiated by the French government two years earlier. The goal was to estimate the value of the carbon externality of different metals. While their impact varies greatly, from 20,600 tCO2/t for platinum to just 2 tCO2/t for steel, the latter nevertheless produces nearly 8% of CO2 emissions due to its very high volume of production, particularly as it is associated with the most carbon-intensive industries (manufacturing and construction 18% / transport 25%).

France Stratégie considers that with a carbon price of €57/t (the average price proposed in the Stern-Stiglitz report of 2017), taking into account this carbon externality (in the form of a tax or a quota system) would push the market price of steel up by 25%.

Finally, it is worth noting that using this alloy for renewable energy infrastructures will in all likelihood lead to an increase in the demand for it, there again driving its price up…

In these conditions, how do we produce steel while accommodating the critical need to decarbonize our economies? One possible solution, of course, is recycling. This presents the huge advantage of being able to re-use 90% of recovered products. For one tonne produced by blast furnaces, ten tonnes are re-used. Europe recycles 62% of its steel, however there are wide disparities depending on the industries in which it is used. Note finally that it takes 60 to 75% less energy to recycle steel than it takes to produce it.

Several alternatives are being considered to reduce the life-cycle energy consumption of alloys. The most important being electrical steelworks which use recovered scrap to produce steel. However, this sector ran into a succession of difficulties that led to plants being closed down. While it only represents 30% of the steel production in France, it could guarantee a future for the steel industry. Although it presents environmental and economic advantages by halving carbon emissions, it nevertheless comes up against a number of obstacles and the unavoidable fact that before a tonne of recycled steel can be produced, at least a tonne of steel must be produced using the traditional method…

Besides recycling, other solutions are under consideration. For example, using algorithms, a team of scientists from Northwestern University in Chicago are testing different compounds to find the eco-friendly and inexpensive alloy of the future by scanning thousands of scientific publications to collect the different processes for producing alloys. Metallic glasses seem to be good candidates, but they are still too expensive to produce. Experiments have also been conducted with graphene, but it has yet to prove its worth. The age of steel is clearly not over, but its replacement by other metals is no pipe dream…

Peer assessments… are they worth doing?