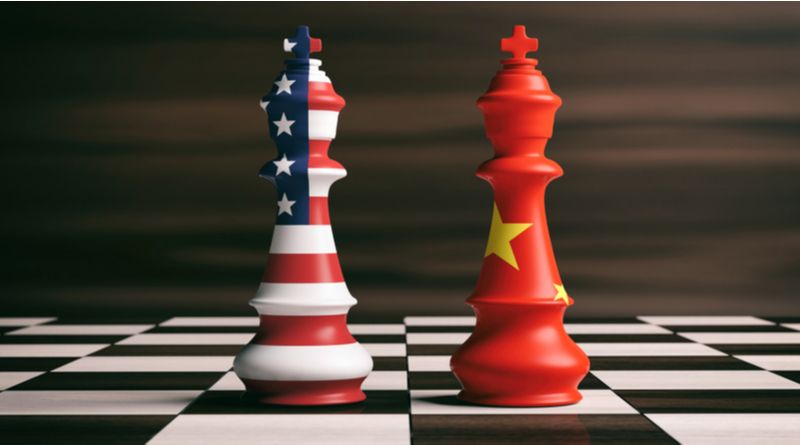 Godwin’s law asserts that “as an online discussion continues, the probability of a reference or comparison to Hitler or Nazis approaches 1.” More generally speaking, the longer a debate goes on the higher the likelihood of using extreme analogies. It would seem that the current rivalry between China and the United States is no exception to this rule.

In the field of international relations, the idea that our planet could become caught in a “Thucydides Trap” has become increasingly widespread. This concept, recently popularised by Graham Allison, is a reference to the great Athenian general and historian Thucydides, author of The History of the Peloponnesian War, a historical account of the conflict that took place between Sparta and Athens from 431 to 404 BCE. If Thucydides is considered the first historian in the modern sense of the term, it is because in his work he makes no reference to intervention by the gods when explaining events and occurrences, but opts instead for rational analysis. According to him, “The truest rationale [for the war], (…) though it was least evident in their statements, is that the Athenians had grown powerful and induced fear in the Lacedaemonians, thus compelling them to wage war”. If we follow the interpretation given by Graham Allison, a hegemonic power could not accept losing its military, economic or ideological primacy to a newcomer and would prefer to engage in a pre-emptive war against them. This would be the case today, with the United States in the role of Sparta and China in that of Athens.

Appealing though it might be, this theory is nevertheless controversial. In fact, it is currently the subject of much debate. As argued by the historian Barry Eichengreen, it can be dangerous to invoke historical analogies to make sense of the present, because this leads to taking mental shortcuts and overlooking historical shifts. For example, the United States and China are not city-states waging war against each other with regiments of hoplites and living in a zero-sum world. Although it is true that in the pre-industrial era growth was contingent upon the conquest of territories and resources, in our modern world, trade enables each country to access the resources of the other without resorting to war. Whereas in the past conflicts led to gains for one country and losses for the other, international trade now generates mutual gains. Taking a different angle, there is a huge difference between an ancient war on a regional scale and a modern war with the potential to be global. Thinking about it for a moment, the population of Attica did not exceed 200,000 people in the 5th century BCE, representing 0.1% of the world population at that time. This is a far cry from today when the combined population of the United States and China represents 22% of the total world population, and both countries have nuclear weapons. There is no doubt that the consequences of a military conflict would be catastrophic for all stakeholders. Finally, there is also some ambiguity in the current translation of Thucydides’s writings. The “rise” of Athens that is said to have instilled “fear” in the Lacedaemonians (Spartans) should be understood not as the Spartans fearing the loss of their hegemony – a concept that was completely unknown to them –, but rather as the risk of seeing certain ally cities of Sparta lose their freedom. Thus the real “Thucydides Trap” would be to succumb to the temptation of drawing parallels between situations that have nothing to do with each other.

The fact remains that this theory has become extremely popular. One reason for this is undoubtedly the regrettable use of the expression “trade war” to describe the current tensions between Washington and Beijing. It implies that the two capitals could be preparing for a future conflict. Yet, Donald Trump’s attitude, as shocking as it may seem, rests on a genuine economic rationale and has little in common with a logic of war. Indeed, far from wanting the destruction of China or of its economy, the American president is calling for “fairer” trade with Beijing, motivated by the large deficit in the bilateral trade balance. To achieve this, the Trump administration is rejecting the rules of the World Trade Organization (WTO) and making access to the U.S. market contingent upon China giving American companies greater access to its market.

The United States have thus moved away from the WTO’s multilateral system of negotiations towards bilateral trade deals. This shift may seem at odds with the liberal “doux commerce” theory, according to which commerce reduces conflicts by creating trust and interdependence. Yet, a country can very well pursue a liberal realist economic policy to capture a larger portion of the gains from trade, returning to a somewhat mercantilist view of commerce. And actually in certain respects, the facts seem to indicate that Donald Trump chose the right course of action. After two years of tensions, the United States and China have finally signed a trade deal in which the latter agrees to import more goods from the United States and to better protect the intellectual property rights of American companies. However, these short-term gains should be weighed against the possible losses in the longer term. America’s contempt for the rules set by the WTO, evident for example in the intentional blocking of this organisation’s appellate body, could spell the end of a global trade order. American partners could in turn impose punitive tariffs, with the risk of a new era of protectionism like the one experienced during the interwar period.

Instead of viewing the trade dispute between Washington and Beijing from the angle of a “war” of which journalists would be modern-day Thucydides, might it perhaps be understood in another way, not as a conflict but rather as the endogenous oscillation of the world between waves of globalisation and deglobalisation. What does this mean? Economic globalisation generates global gains. However, these gains are not evenly distributed between and within countries. This results in a destabilisation of international relations compounded by an internal destabilisation of societies. The economist Dani Rodrik states that the political costs to gains ratio from trade openness rises more and more as a country becomes more globalised. Incremental gains diminish but the redistribution of revenue between winners and losers increases greatly. Sooner or later, under pressure from their citizens, certain countries attempt to alter the distribution of global gains. This leads to challenging the economic order in place and, potentially, to its collapse.

It is perhaps no coincidence that Thomas Hobbes, an English philosopher from the 17th century who described life in a world without rules as “solitary, poor, nasty, brutish, and short”, was the author of the first English translation of Thucydides’ historical account. The solution put forward by Hobbes consisted in imposing a social contract, where fear of the sovereign would replace the fear of others. Today’s international economic relations are still governed, albeit in a milder form, by this type of contractualism. It is precisely the latter that is in peril. Therefore, the risk today is not that the United States and China will go to war. Rather it is that American policy could weaken the major political and international trade equilibria that guarantee global stability.

Consilience MODERN SLAVERY, any of your Business Education?