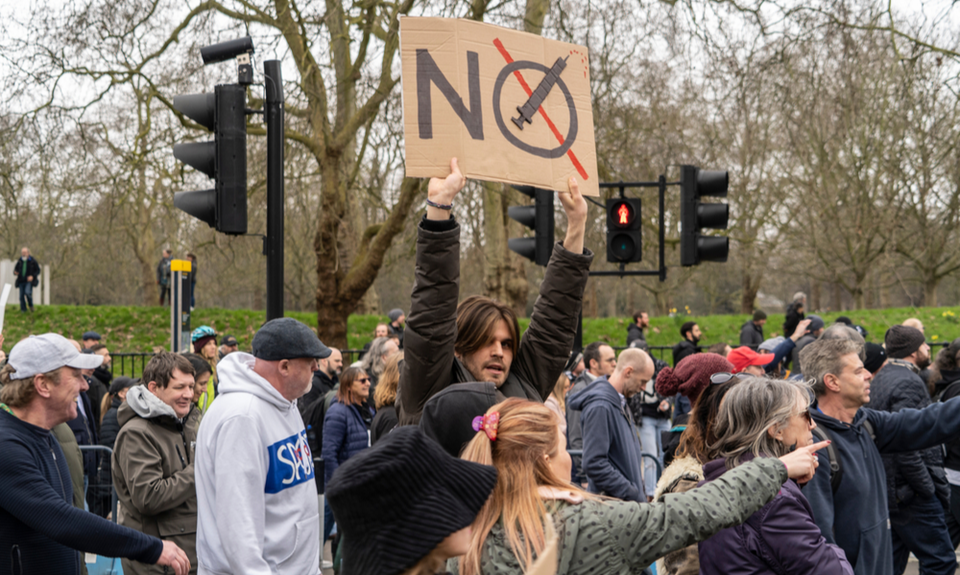 During the COVID-19 pandemic, citizens of the land of Louis Pasteur, the father of immunization, showed a marked unwillingness to be vaccinated. Rather than being limited to France, might this distrust be the symptom of an ailment affecting high-income countries?

One or several “French singularities”?

With the COVID-19 vaccination campaign in full swing, the media have been reporting on the “French exception” in this area. Very recently, an article in the Lancet confirmed that France was one of the countries with the lowest vaccine confidence in the world. It demonstrates that a majority of our fellow citizens lack trust in the safety, importance and, more surprisingly, in the effectiveness of vaccines.

It is interesting to note that the distrust is widely shared across the French population, irrespective of gender, education level, rural or urban status, etc.

Yet, the French singularity does not end there. Indeed, a careful study of the figures reveals something else that it is specific to our nation: France is characterised by an extremely high proportion (approximately 60%) of people who have no opinion on the effectiveness, importance or safety of vaccines. Within the context of the COVID-19 pandemic, this distrust of vaccines becomes a barrier to vaccine uptake. Indeed, in early 2021, before the start of the vaccination campaign, the proportion of French people who expressed the wish to be vaccinated was not only one of the smallest in the world, it was also lower than the previous year.

There is no denying that these particularities make France a very unique country where vaccination is concerned. But on the one hand, the reasons for this distrust cannot be reduced to a single factor such as a rejection of the political class, as is often cited in the press, and on the other hand, the focus on France can sometimes draw attention away from what is happening in other developed countries…

Because another lesson we can draw from publications about vaccine confidence, and something which never fails to cause surprise, is that what is happening in France seems to be happening across a broader geographical area, in developed countries. It is indeed in those countries that the highest levels of vaccine distrust can be found. In Western Europe, less than 60% of people have confidence in vaccines. By contrast, confidence is very high in Africa and Asia, at 92% and 95% respectively. In addition, it is interesting to note that, in rich countries, the lower level of trust extends beyond vaccines to medical professionals. This observation might seem puzzling given that the levels of education and health are far superior in Global North countries than in Global South countries.

This “vaccine hesitancy”, a widely documented concept, can be defined as “delay in acceptance or refusal of vaccination despite availability of vaccination services.” In 2019, the WHO went as far as to name it as one of the ten threats to global health. The determining factors for such distrust are eminently complex. In a very recently published book,  Maya Goldenberg highlighted the fact that the reticence of some of our contemporaries stemmed more from a mistrust than a misunderstanding of vaccinations. Vaccine hesitancy models have been put forward, including by SAGE, the Strategic Advisory Group of Experts on Immunization that advises the WHO. According to them, there is a combination of three series of factors. They identified: vaccine- and vaccination-specific issues, individual/social group influences, and finally contextual influences. They can be illustrated as follows:

In light of this, several specific factors can explain the vaccine hesitancy in rich countries. One is the media coverage of vaccines, which is more negative in America and Europe than in other parts of the world. Essentially, the more open and accessible information is, the more “anti-vaxxers” can freely express their opinion, and that opinion has a great deal of influence when it is voiced by doctors who are known to the general public. This is how the great democracies have been swept by a veritable wave of medical populism, often called the anti-vax movement in the media, particularly the digital kind. There is in fact a proven link between parents seeking information online and a lower vaccination rate among their children. This link is even stronger when the Internet is the only source of information.

Of all the factors of vaccine hesitancy in rich countries, one seems particularly crucial: the scope of vaccination coverage. As paradoxical as this might seem, and as the following diagram we created shows, the lower the mortality of children under 5 drops, the higher vaccination distrust rises.

We propose the following explanation: when vaccination coverage is generalised, people become immune to the life-saving effect of vaccines, unlike in Africa, for example, where it is evident to the people that vaccination saves lives.

To put it bluntly, rich countries can afford to be sceptical, since they have reached a level of immunization that blinds to the benefits of vaccines.

It is worth pointing out that vaccination has led to the eradication of smallpox, to a 99% reduction in the global incidence of poliomyelitis since 1988, and to a decline of around 80% in the number of deaths due to measles.

Let us get back to France. Clearly, it is part of a more generalised trend towards vaccine distrust in rich countries. But given its obvious uniqueness, strictly national factors should also be examined. First of all, it is important to emphasise that our country has not always been vaccine sceptical. On the contrary, as noted by INSERM, France’s National Institute of Health and Medical Research, vaccine distrust was late to emerge here. In 1998, when a discredited British study claimed to demonstrate a link between autism and the MMR (measles, mumps and rubella) vaccine, confidence remained stable in France: less than 10% of the population expressed reticence toward vaccines. However, the failure of the A/H1N1 vaccination campaign in 2010 created an undeniable breach. By the end of it, the number of vaccine sceptics had risen to almost 40%. Health indicators provide a fairly precise picture of the evolution of vaccine support over the last twenty years.

This contrasts sharply with the idea of an unchanging trend toward vaccine resistance among the French. On the other hand, it shows the extent to which contextual factors have had an influence.

In addition to these contextual factors, the French have a particularity that is well-known to sociologists: the highest level of distrust in government and fellow citizens in Western Europe. As underlined by Laurent-Henri Vignaud, a historian who specialises in vaccine resistance, it is a distrust of politicians and of “Big Pharma”. In that sense, vaccine distrust reflects a lack of faith in the institutions responsible for keeping people healthy.

It is clear, the paradox of our modern times is that entire segments of the populations in developed countries are ceasing to believe in the benefits of something that has made their life better. This fact serves as a reminder that progress should never been taken for granted… And if we are to believe Maya Goldenberg, to overcome vaccine hesitancy governments must develop a true culture of transparency.

Greta or history with a capital H