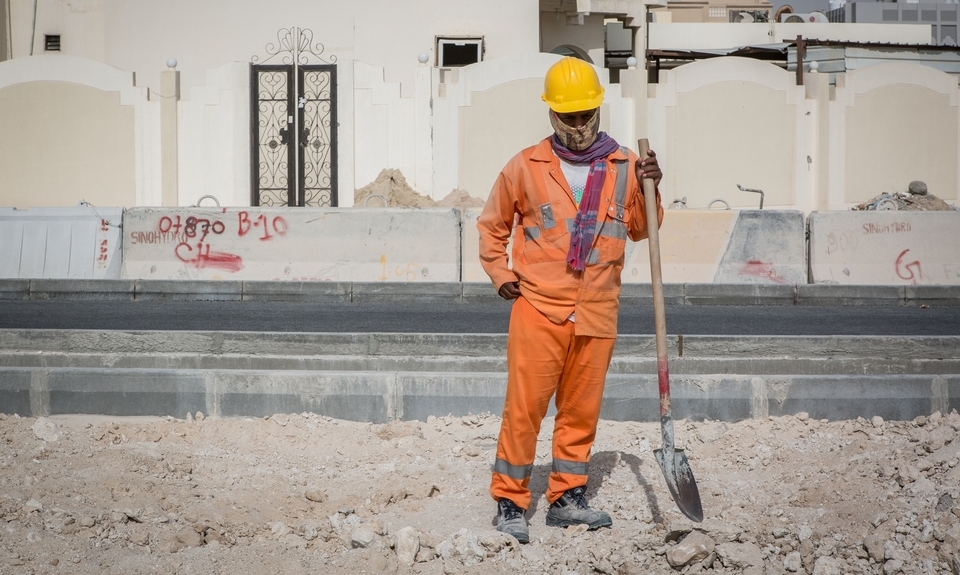 As the World Cup is coming, Qatar is struggling with increasing criticism from every part. So as not to let the event be spoiled, the emirate hardens its attitude and hurries to finish the preparations, in order to change the perceptions of the World.

When Denmark play at the men’s Fifa World Cup in Qatar this winter, their shirts will mask the name and logo of their sponsor, the sportswear brand Hummel. One of the strips is all black, which Hummel described as the “colour of mourning”.

The company explained the unusual design by directly referencing migrant construction worker deaths in Qatar, as well as the state’s much questioned human rights record. A social media post said: “We don’t wish to be visible during a tournament that has cost thousands of people their lives.”

It added: “We support the Danish national team all the way, but that isn’t the same as supporting Qatar as a host nation.”

Hummel’s criticism of Qatar was not the first, and as the tournament gets closer, there will be more to come. Former Manchester United star Eric Cantona has said he won’t be watching the competition, and some French cities have banned screenings of matches in their public spaces.

But the response from Qatar to Hummel’s view seemed to demonstrate a change in tactics. In the past, the Qataris have often been slow in reacting to such criticisms. Yet within hours of Hummel voicing their concerns, the organisation responsible for organising the event had issued a robust statement.

In it, the country’s Supreme Committee for Delivery and Legacy claimed that Qatar had implemented significant labour market reforms, adding that all countries, Denmark included, should focus on promoting human rights.

Such a strident response was noteworthy, appearing to mark a development in the nature, tone and speed of communications coming out of Qatar. Officials have clearly been readying themselves for an intense period of scrutiny and activism at one of the most controversial World Cups in football’s history.

They have also been preparing for the possibility of the event being disrupted, buying in everything from Moroccan police officers and American surveillance equipment, to Turkish drones and Italian frigates. It remains to be seen how these resources will be deployed, or whether they might be linked to the recent announcement that alcohol will be sold for up to 19 hours a day.

When it comes to logistics too, Qatar has been practising. It has hosted several high-profile, mass-attendance events to establish its level of preparedness, including the Fifa Club World Cup in 2019 and the Fifa Arab Cup in 2021. Both tournaments were staged without major incidents. But a recent test event at the Lusail Iconic Stadium (which is due to stage the final match on December 18) was less encouraging, with water shortages, faulty air conditioning, and the need for hour-long walks to the stadium in 35℃ heat.

Such obstacles are not insurmountable before November’s opening game between Qatar and Ecuador. But there is little margin for error in staging sports events of this nature. In March, the F1 Grand Prix in Saudi Arabia was almost cancelled after a Houthi drone attack, while in May, crowd management issues caused serious problems at the Uefa Champions League Final in France.

A major challenge could simply be the volume of visitors, with some suggesting over 1.2 million people will travel to Qatar over the period November to December.

For a country with a population of 3 million, this is a huge influx which will test the resilience of critical infrastructure, including roads, public transport, water supply and sewage capacity. Already, some immigrant workers have been told to leave Qatar and only return once the tournament is over. Government workers have been told to work from home during the World Cup, and schools, colleges and universities will be closed.

Fearful of congestion, the Qatari government will stop traffic from entering Doha on a Friday (often the busiest day of the week) and is currently testing 700 World Cup branded electric buses in anticipation of potential transport issues. And, as I discovered on a visit in September, with just weeks to go before kick-off, significant sections of Doha’s streets are inaccessible as the country belatedly seeks to upgrade its water and sewerage system.

During that trip, I was struck by the scale of infrastructural development that has taken place since I was last in Qatar before the pandemic. The city seemed a lot quieter than before, which a taxi driver told me was because local people have been instructed to either leave the country or stay away from the capital as final preparations take place.

In some places, roads were still unfinished, as were several areas where football fans are expected to congregate. Among some migrant workers I spoke to, issues remained of long working hours and low pay. But both they and others talked, almost without exception, of their excitement about the tournament.

That many of them will be unable to afford match tickets will not concern the Qatari authorities. Its 12 years of planning for the World Cup have been about nation-building ambitions, projecting soft power and changing international perceptions.

As it races ahead with final preparations, there is not long to go before the Doha government decides whether its massive gamble has paid off.

This article was originally published on The Conversation