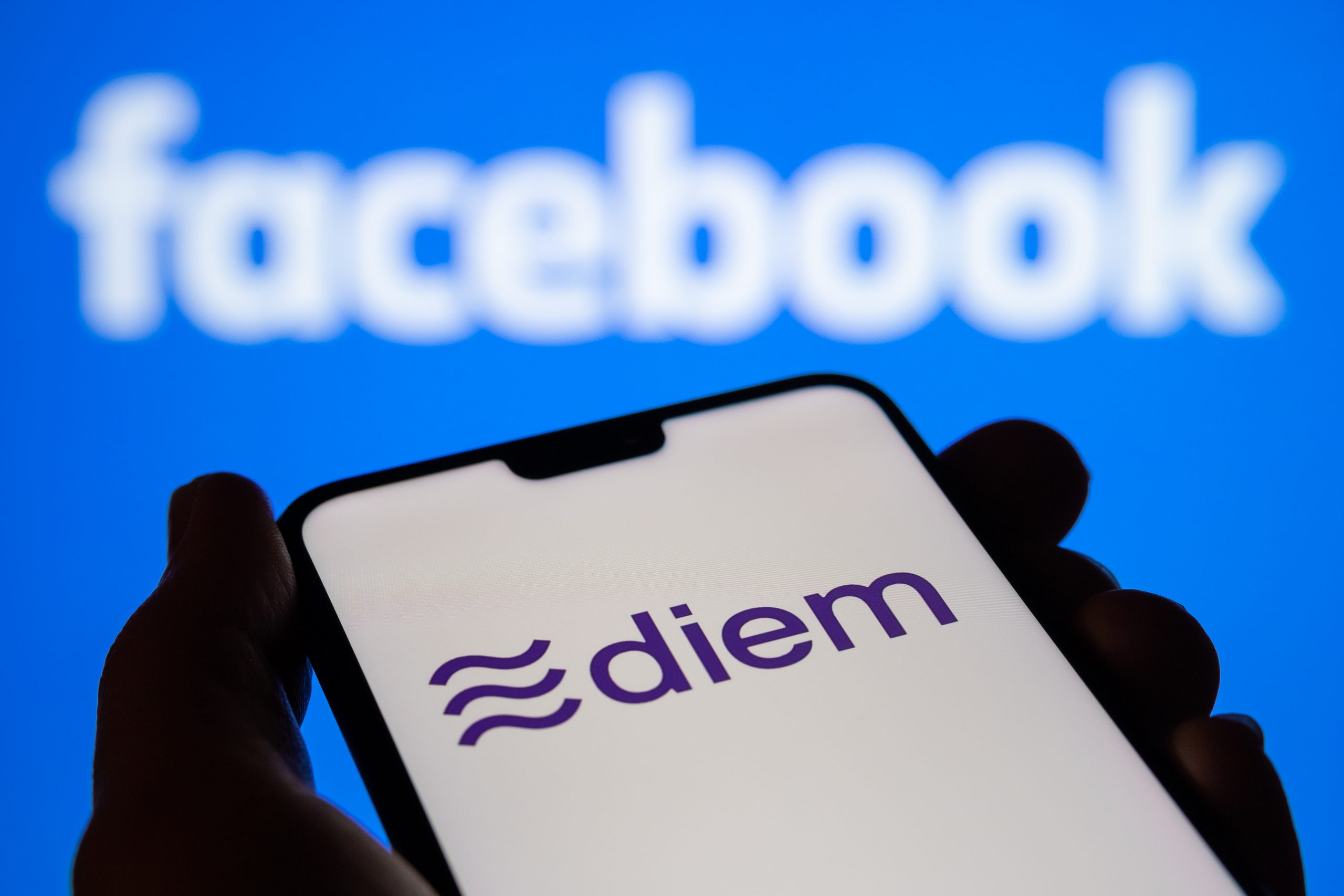 Facebook founder Mark Zuckerberg took everyone by surprise on 29 October last year when he announced not only the parent company’s change of name to “Meta”, but also the imminent creation of a virtual world, the “Metaverse”, to exist beyond our planet. A science-fiction trailer was released at a very opportune time for Facebook, which undoubtedly wanted to blot out the damning testimony of Frances Haugen, an ex-employee of the company who leaked thousands of documents revealing failures in the network’s content-moderation policy. And so this corporate behemoth, whose integrity is considered by some as its feet of clay, intends to continue to expand by diversifying its services. Having taken advantage of the supremacy of neoliberal thinking to dominate the information economy, aka the internet, Facebook now intends to use a cryptocurrency named Diem to conquer finance, a market no one really expected to see it tackle.

The project sparks fear and fascination in equal measure. Diem, initially announced for 2021, is likely to disrupt traditional payment systems and it raises numerous strategic questions, for users and governments alike.

The legitimacy of the project

The advent of new technologies and the internet has given billions of people across the world access to knowledge, services and real-time long-distance communications. Today, we take all these things for granted. But twenty years ago, the situation was very different. It is smartphones that have made all these services so easy to access. However, it is important to understand that the boom in connectivity has not affected all sectors of the economy equally: 1.7 billion adults worldwide are still outside the financial system, with no access to a traditional bank. Among them, 1 billion own a smartphone and 500,000 have access to the internet. This was Facebook’s assessment of the situation; or at least, it was the justification for the project, initially known as Libra. The aim was to use smartphones to bring every person on earth access to the financial system, and beyond that to give them a way to make payments and transfer money simply by tapping a screen.

Nevertheless, the question remains as to whether the emergence of a private “currency”, aiming to exist for the common good, is a legitimate concept. After all, isn’t the very purpose of a company traditionally to generate a profit?

Facebook’s answer to the question of how it will achieve this aim is simple: blockchain. This is a system of shared electronic records capable of resolving accessibility and reliability issues, and simultaneously making the transactions themselves very reliable. It is used to authenticate transactions in specific securities and could enable any person with an internet connection to access secure financial services directly, bypassing the intermediaries of the traditional banking system.

The intrinsic risks of the project

In addition to these questions about the ultimate objectives of the Diem Association (formerly Libra Association), there have been protracted debates about the legal status of Diem. Clearly, as the legislation was not drafted with the new currency in mind, it is difficult to decide where it fits from a legal point of view, and therefore to protect any French users. Initially, Libra appeared to be both a secure blockchain that could be used to make transactions and a payment method backed by a pool of assets which would give it a stable intrinsic value. As a result, it was classified as a stablecoin, a cryptocurrency whose value was stable because it was linked to several fiat currencies. There is as yet no legal framework for stablecoins, and consequently for a long time the Diem Association was able to develop its project within a legal vacuum. However, on 24 September 2020 the European Commission moved to fill the vacuum by publishing its proposal for the MiCA regulation which aimed to create a specific legal status for stablecoins, inspired largely by the legal status of electronic money. Diem was nevertheless set to differ from existing blockchain systems in that it would be offered to the world’s 2.8 billion Facebook users.

The announcement of the project sparked fierce criticism from both national and international regulators. Numerous legal issues were raised:

The Diem Association has found itself having to rethink its project several times as a result of the reactions of international regulators, ranging from scepticism to outright hostility, and the departure of major partners such as MasterCard and PayPal.

Announced in June 2019, the first version of the project, aiming to launch a universal cryptocurrency named Libra, initially backed by a basket of assets, was rapidly superseded by a second version.

In May 2021, given the reticence of European regulators, the Diem Association transferred its headquarters from Switzerland to the USA and  withdrew its application for authorisation as a payment system in Switzerland. Diem then changed course again, registering as a money services business with the Financial Crimes Enforcement Network (FinCEN) in the USA. The Diem Association’s current project bears little resemblance to the initial ambition. It focuses on issuing a cryptocurrency indexed solely on the dollar through Silvergate, a Californian bank.

Last October, Facebook rolled out a pilot of Novi, its digital wallet, but one major function was missing: the option to use Facebook’s Diem cryptocurrency. The pilot programme, launched in the USA and Guatemala, only includes USDP, a stablecoin supplied by the Paxos Trust Company and indexed on the US dollar thanks to reserves held 100% in cash and cash equivalents. The Novi wallet pilot programme is supported by Coinbase which, through Coinbase Custody, acts as the product’s qualified custodian.

The latest developments at Diem include the departure of project mastermind David Marcus. Paris-born Marcus, the former president of PayPal, joined Facebook in 2018, but undoubtedly decided that the whistle-blower’s revelations made for one obstacle too many. On top of this comes news of recent discussions regarding the sale of the project to partner bank Silvergate for $200 million.

We are living through a revolution in payment solutions. In the same way that paper gave way to electronic communications during the third industrial revolution, fiat money is undoubtedly set to be replaced by digital currency over the next few years.

That is why the spectre of the substitution, even partial, of central bank currency by stablecoins as the benchmark payment asset worries governments, who stand to lose one of the markers of their sovereignty. Current discussions on whether and how central bank digital currencies (CBDCs) should be developed can hardly be put down to coincidence. While certain administrations have already moved ahead of the field, such as the Chinese government which has published a  draft law to provide a legal basis for its central bank digital currency, last July the European central bank launched a “pilot project”, set to last two years, to gauge the potential of a digital euro, for use by individuals.

By the time the project is complete, won’t we all be doing our shopping online in the Metaverse, and paying in Diem?

Digital money, private and public: is this the face of the future?