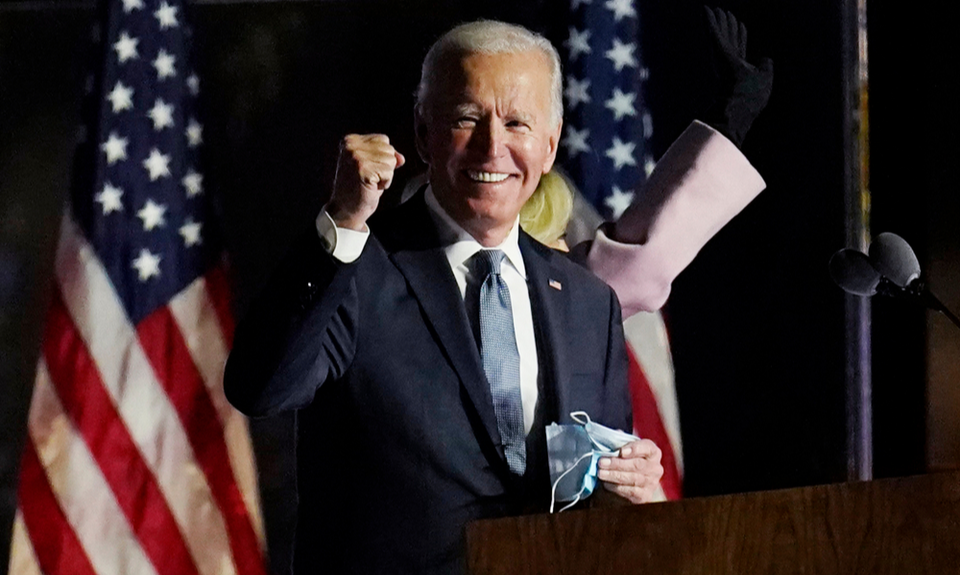 American GDP figures published on 28 January 2021 show that the country’s economy continued to grow in Q4 2020 at an annualised rate of 4% compared to the previous quarter. This figure follows on from Q3 2020’s mechanically highly elevated growth figure of 33.4%, which was a result of the collapse in economic activity in Q2.

This positive sequence has already led certain observers, such as James Hamilton, a professor at the University of California, San Diego, to announce that the USA’s Covid recession is over. According to Professor Hamilton, a specialist in recessions, the recovery in the second half of 2020 was strong enough that, if another recession occurs in 2021, it will be classed as a new phase (we describe this as a double-dip recession).

In other words, if the Covid recession turns out to be over, it will have been short (two quarters) but extremely sharp. This would make it the most severe recession since World War II.

So, can we say that the US economy has recovered? Beyond knowing that recessions delimit phases of positive growth and phases of negative growth, given the unprecedented nature and size of this recession we also need to take into account its hysteresis effects.

For this, economists use a measure of the difference between the actual GDP generated by an economy and its potential GDP called output gap. This is used in numerous calculations, for example to assess inflationary pressure or the optimal level of policy interest rates.

Output gap is difficult to measure in real time because it requires a precise evaluation of an economy’s potential. In the USA, the Congressional Budget Office (CBO) is responsible for carrying out independent evaluations of the impact of budgetary policy and producing forecasts for the associated variables.

Figure 1 shows the most recent GDP and potential GDP forecasts published by the CBO on 1 February 2021 (excluding the effect of any budgetary measures). It is clear that the CBO predicts a negative output gap until at least the end of 2023.

In particular, this gap represents 3% of potential GDP in Q4 2020 and 2.3% in Q1 2021. Cumulatively, between 2021 and 2023, the loss is expected to equate to around $2,670bn (presented in constant [2012] dollars). This forecast obviously carries a high level of uncertainty, because the economy is dominated by the effects of the virus.

Similarly, if we look at the US employment situation, non-farm payroll figures show that the number of people employed fell from 152.5m at the peak of the cycle in February 2020 to 130.2m in April. Despite the rebound that followed, the number of people employed reached a plateau just above 142m in October and has been stable since. This means that around 10m Americans lost their jobs during the crisis and are still unemployed.

For more details about the American labour market situation, we recommend the work of Jason Furman from the Peterson Institute for International Economics.

Could the economy overheat?

In this cyclical context, the US Congress approved a $900bn support package on 21 December 2020. It was signed into law by the White House on 27 December. The current debate relates to new President Joe Biden’s planned additional stimulus package unveiled in mid-January and worth around $1,900bn, which would bring the size of the budget shock to around 13% of GDP.

While it seems clear that the American economy still needs support, economists are divided regarding the size of the Biden plan and the balance of risks associated with a support package of this magnitude.

The main danger highlighted by some, such as Larry Summers and Olivier Blanchard, is that the stimulus could be too powerful, pushing the economy to overheat against a backdrop of very loose financial conditions, a high level of excess household savings (estimated at around $1,600bn), a growing budget deficit (approaching 15 % of GDP in 2020) and high growth forecasts (+5,1% in 2021 according to the IMF).

During this overheating phase, there would be a risk that inflation would spiral upwards, pushing the US Federal Reserve (the Fed) to tighten monetary policy, thereby causing the economy to slow once again. According to Summers, past experience suggests there is even a risk that spiralling inflation could prove difficult to control.

But in trying to evaluate the impact of this massive budget shock, we have to take into account numerous unknowns. Firstly, the macroeconomic effects depend heavily on the budget multipliers used in the calculations. Estimates of the multiplier effect of public spending on investment are generally close to one, but with a high level of uncertainty. However, if we consider that in the Biden plan this spending primarily takes the form of transfers to households and businesses the multiplier is much lower, at around 0.1.

Another crucial element of this assessment is the effect of economic activity on inflation, as shown by the Phillips curve. Academic studies demonstrate that the Phillips curve has flattened over recent years: inflation is extremely stable and reacts only very slightly to fluctuations in GDP. This empirical fact has been demonstrated for most advanced economies.

Positive effects… for the global economy

Even if this budget shock did cause inflation to increase, it would be fairly well tolerated by the Fed, which has been seeking to raise below-target inflation for several years. In its recent monetary policy review, the Fed committed to keeping deviations from its goal symmetric, with the 2% target now viewed as a long-term average.

Beyond its domestic impact, the global economy would also welcome this US budget stimulus. Working with Eurosystem researchers, we showed that an increase in US government spending tends to cause the dollar to rise and the US trade balance to fall.

This is because the USA is considered as the world economy’s consumer of last resort, and therefore absorbs almost single-handedly the trade surpluses of the Euro zone, China and Japan. Consequently, the global economy could benefit from this massive stimulus plan via a leakage of American imports.

The Biden administration could use the normalising of relations with other countries after four chaotic years under the Trump administration as an opportunity to promote this international aspect of the package.

In conclusion, the balance of risks linked to the size of the Biden plan remains difficult to assess accurately and it is right that there should be a debate. But in the face of a health crisis which is unprecedented in terms of both cause and extent, perhaps it is best to take the risk of doing too much rather than not enough?

Beyond the cyclical indicators, the Covid crisis has also profoundly affected structural aspects of the US economy by increasing gender and intergenerational inequalities, raising the poverty rate, etc.

Lastly, US government debt does not appear to be at risk: sovereign interest rates are at their lowest levels for 40 years and government bonds are at present a textbook example of the kind of safe, liquid asset that financial markets love.

This article is republished from The Conversation under a Creative Commons license. Read the original article.