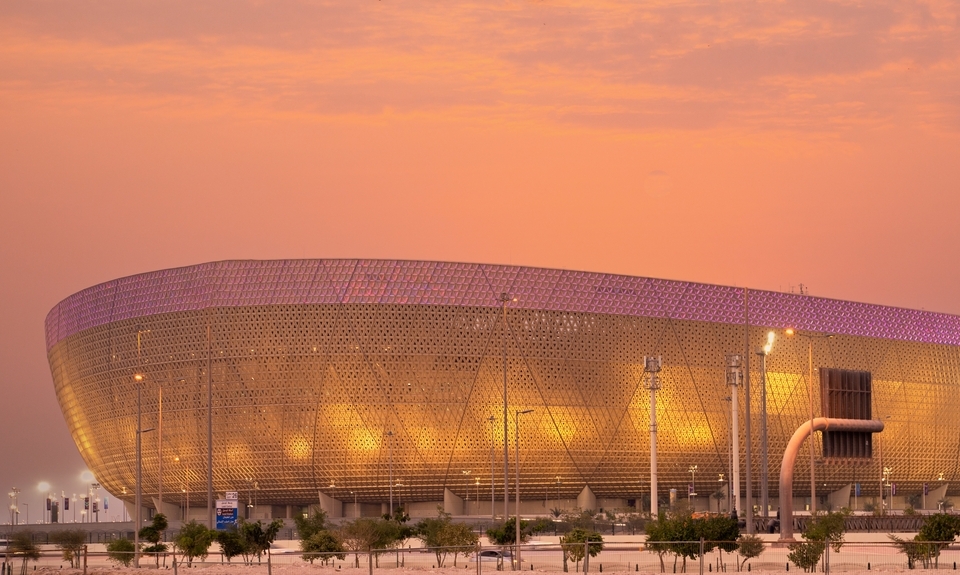 The current FIFA World Cup is the most valuable part of Brand Qatar to become a synonym for excellence in the eyes of some international observers and consumers. But faced with a series of controversies, will the strategy aimed at making the Brand Qatar ‘the best’ be a success or a failure?

When the 2026 FIFA men’s World Cup takes place in Canada, the United States and Mexico, what do you think you will remember about the previous tournament?

It might be the lavish stadiums constructed at huge expense or the great goals and a deserving winning team that stays on your mind. Alternatively, it could be the controversial matters of migrant workers and attitudes towards LGBTQ+ communities, or perhaps you will remember nothing.

For the Qatari government, if in the end people worldwide either have only negative associations with Qatar or else they cannot recall anything about the country, then the country’s staging of the World Cup will have partly been a failure.

Afterall, in staging world football’s biggest tournament, an intention all along has been for Qatar to develop and accentuate the nation’s brand using sport, specifically the staging of mega events.

Brands have become an important part of our world, notably for the values they embody, the stories they tell, and the promises they make. Successful brands do so consistently, reassuring consumers, gaining their trust, and easing their consumption of them.

For many people, brands may be synonymous with fast food businesses, fashion houses or cars. But nations also increasingly see themselves as brands,

Indeed, in a book on nation brands, Keith Dinnie defines them as being, ‘a unique blend of multidimensional elements that provide nations with culturally grounded differentiation and relevance for target audiences.’

Qatar, what is your message?

This definition raises some important questions about Qatar, specifically what is unique about the country and to whom is the country trying to tell a story? Given the controversies that have engulfed the World Cup, it also begs the question: is it working? And it seems logical to ask why the country got itself in this position in the first place?

It is easier to answer the last question first; for most of the 20th century, Qatar found itself under British protection and therefore sometimes not in control of its own policies. When this period ended in 1971, the country was a sandy peninsular bereft of position or identity, at least in international terms.

As policy and planning in the small Gulf state matured during the 1990s and into the 2000s, so sport gained in prominence and the World Cup was targeted as a means both of nation building and of nation branding.

The nation building has been achieved; Qatar now boasts eight state-of-the-art stadiums, a network of eight-lane highways, a metro system and all the civic infrastructure one would expect to find in a sprawling metropolis positioning itself as a global city.

This alone constitutes the basis for a nation brand – one need only think about New York, Paris, or Tokyo – as possible templates for Qatari government aspirations. However, physical infrastructure does not infuse a brand with personality, it needs to represent something and must do so for key target audiences.

A drive around Doha over the last decade inevitably meant endless construction projects, though the banners covering the scaffolding around them provided an insight into what the government has been seeking to achieve.

The slogan ‘Qatar deserves the best’ has been ubiquitous on such banners for years. To non-Qataris, some people might be inclined to ask why. But for the Qatari domestic population, the branding of their nation has helped to imbue the country with a sense of aspiration, ambition, and reward that make for a compelling brand.

This notion of ‘best’ is one that is also evident in Qatar’s targeting of overseas audiences as well. For instance, state-owned Qatar Airways has become a crucial element in the country’s drive to engage overseas travellers through distinctive branding. In discussions about being the best means, it is worth noting that it has been voted as airline of the year six times in the last decade.

A brand struggling with its identity

Alternatively, think about Paris Saint Germain’s forward-line of Messi, Mbappé, and Neymar, or of the stadiums now staging World Cup matches. This is not just Qataris targeting an internal domestic audience with brand messaging, it is trying to do the same thing across the world.

But in accentuating this proposition, it is not entirely clear what is Qatari about it all. An Argentinian, Frenchman and Brazilian populated forward-line at PSG surely reveal more about the cosmopolitan nature of global sport than they do about culturally grounded Qatari differentiation.

Similarly, a flight on Qatar Airways is, in many ways, the same as a flight on any other airline (especially one of those transiting through the Middle East). Yet to travel through Hamad International Airport in Doha (itself winner for the last two years of the world’s best airport award) on one of its jets is an experience designed to impress and engage, for the way in which it accentuates quality, hospitality, and cleanliness. This is the Brand Qatar its government wants us to see.

The gloss and glitz of Brand Qatar’s 21st century incarnation nevertheless brings with it some inherent challenges and problems. Some Qataris still hanker for the days when the country was a simpler, more sedate place to live, as well as a far less internationally scrutinised one. This creates a problem, at least in terms of internal audiences of how to reconcile tradition and modernity.

This dichotomy is aptly illustrated by the Al Bayt Stadium, which draws from traditional Qatari culture by reimagining what a desert tent looks like as multi-million dollar 21st century infrastructure. Whilst stunning in appearance, the construction of Al Bayt nevertheless raises issues of authenticity, something that in general besets Brand Qatar.

Given the speed with which Qatar has developed, some critics note how contrived a visit to Doha can feel. The matter of authenticity is one that perpetually occupies brands, indeed when attempting to shape brand narrative, being genuine and truthful is at the heart of stories they seek to recount about the brands they are managing.

Brand Qatar, particularly set within the context of the World Cup, sometimes appears to struggle in this regard. For instance, a fake fan debate emerged prior to the tournament’s start, with claims being made that people were paid to attend matches. At the same time, despite Qatari officials repeatedly emphasising that everyone is welcome in the country, international concerns about migrant workers and LGBTQ+ rights have imbued the brand with values that is inducing many to step back from it.

On December 19th, once the World Cup is over, Brand Qatar wants us to fondly remember it. So much so, that the country is aiming to attract six million visitors to the country over the next five years. Whether the country achieves this number will remain a moot point for the time being. There is no doubt that the country is now amidst its brand pitch to us, whether we believe the story and engage with it remains to be seen.

The role of data science in the target analysis process