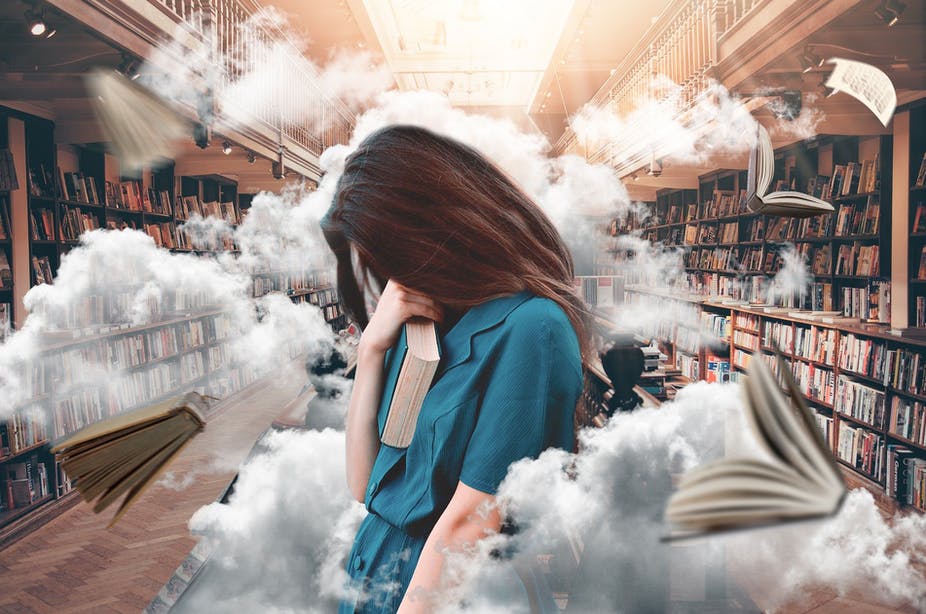 Academic careers depend on the researcher’s capacity to publish scientific articles in the best journals in their field. Publication is the deciding factor for promotion and peer recognition. Women are less present in this race and their numbers decrease the further up the academic ladder we look.

A report by the Association to Advance Collegiate Schools of Business (AACSB) estimates that women make up 38.3% of assistant professors in US business schools, but only 22% of full professors. In the United Kingdom, women make up 45% of the faculty but represent only 25% of the full professor category. This phenomenon is not unique to English-speaking countries – in France, 44% of university lecturers are women, but only 24% are full professors. Inequalities are also reflected in leadership positions – according to the AACSB report, women make up 26% of Deans in US business schools. The only leadership roles in which women form the majority are in less prestigious assistant dean positions such as undergraduate programs.

It is true that some progress toward professional equality has been seen in recent years, even in disciplines such as quantitative finance where women have traditionally been scarce. But the recent pandemic crisis caused by Covid-19 has reminded us that the old models are never far away and tend to re-emerge as soon as we lower our guard.

A number of studies underline just how badly the crisis is affecting the research work of female academics, much more so than that of their male colleagues. Far from being a mere bump in the road, this crisis could well have lasting negative consequences for the career progression of these female academics.

The weight of family responsibilities

Some journals have noted an increase in the number of articles submitted by men during the lockdown compared to the same period in 2019, and a reduction in submissions by female researchers, an observation made in a number of disciplines: medicine, biology, economics, political sciences, social sciences.

This reduction is also seen in preprints and scientific reports – uploads by female researchers have fallen during the crisis, even for preprints in the field of medicine.

How can we explain his situation? The first point to consider is the burden of family responsibilities, which still falls mainly on women. During the lockdown period, women found themselves having to take charge of domestic chores, with a return to the traditional social roles assigned to each gender.

To this was added the need to look after children, not only providing care but also ensuring continuity in their schoolwork. The boundary between professional and domestic duties was blurred.

The employment status of partners also plays a decisive role. According to a study carried out by the University of Stanford, 20% of male researchers have a stay-at-home partner, compared to only 5% of female researchers. Male academics therefore have greater latitude to devote themselves entirely to their research.

In addition, the career of the male researcher often takes precedence over that of his female academic partner. If the male partner is not an academic, their work may take priority in an emergency context, requiring the female academic to put her research on hold.

The burden of family organisation is aggravated by the additional demands from the professional sphere. Emotional work is the term used to describe the efforts made by managers to ensure the well-being of their employees – work that is mainly asked of female managers.

The expectation that women should carry out emotional work places a greater burden on female academics to support colleagues and students, beyond the expectations placed on their male counterparts.

The negative effects of family organisation and emotional work on their careers are compounded by the allocation of service tasks. Female faculty members routinely take on tasks that are not considered for promotions. While female researchers tend to take on responsibilities such as organising events, joining committees and, more generally, contributing to institutional capital, their male colleagues concentrate primarily on the fundamental activities of the profession.

Female researchers, particularly juniors, assimilate the higher expectations and translate them into all aspects of their activity. During the Covid-19 crisis, they were the first to be asked to step up for crisis management work, to the detriment of their other activities.

And even if a female researcher manages to overcome the issues of family organisation and professional demands, there is still another insurmountable obstacle: the type of research most commonly done by women is more vulnerable to the effects of lockdown than the research that tends to be carried out by men.

Female researchers are more likely than their male colleagues to use qualitative research methods. These methods involve meeting people and collecting data from the field, activities that stopped during the crisis, with field work often postponed but also sometimes cancelled outright.

Similarly, we have seen growth in the number of articles about Covid-19 and its impacts. But these articles have mostly been written by male authors, as if female scientists had not yet entered this new field. This is even more detrimental as we are now seeing substantial research budgets being released by States and institutions to finance research focused on Covid-19. However, few female researchers are active in this field.

The career consequences for these highly-qualified female researchers are far from anecdotal. Research in management and economics is an activity with a very long life cycle. A number of years may elapse between the conception of an idea and publication in a peer-reviewed journal. It is therefore important to remain aware of the short- and the long-term effects.

In the long term, the career prospects of female researchers may be heavily impacted. A reduction or a total absence of articles submitted during lockdown will result in a reduction in scientific output in two or three years’ time. It is highly likely that in the future, the bodies in charge of assessing female researchers for promotions will not take into account reduced productivity during lockdown, as it will seem so long ago. The effect could be a widening of the existing gap between the promotion of men and women to full professor status.

But the short-term impacts should not be overlooked, with a risk of burn-out in female academics. A British study showed that during the lockdown, women’s mental health deteriorated more than men’s.

In addition, the difficulty of carrying out research during lockdown could see a deskilling of female researchers, as the technical nature of their work requires constant updating of knowledge and know-how, and it is easy to fall behind without regular practice.

Lastly, there will be significant effects due to the absence of women in the Covid-19 debate. Substantial budgets are allocated to research on Covid-19. As the number of female researchers in this sector was much lower than their male counterparts during the crisis, they risk being overlooked for funding that could improve their productivity, particularly as there is likely to be a reduction of funding available in other areas of research.