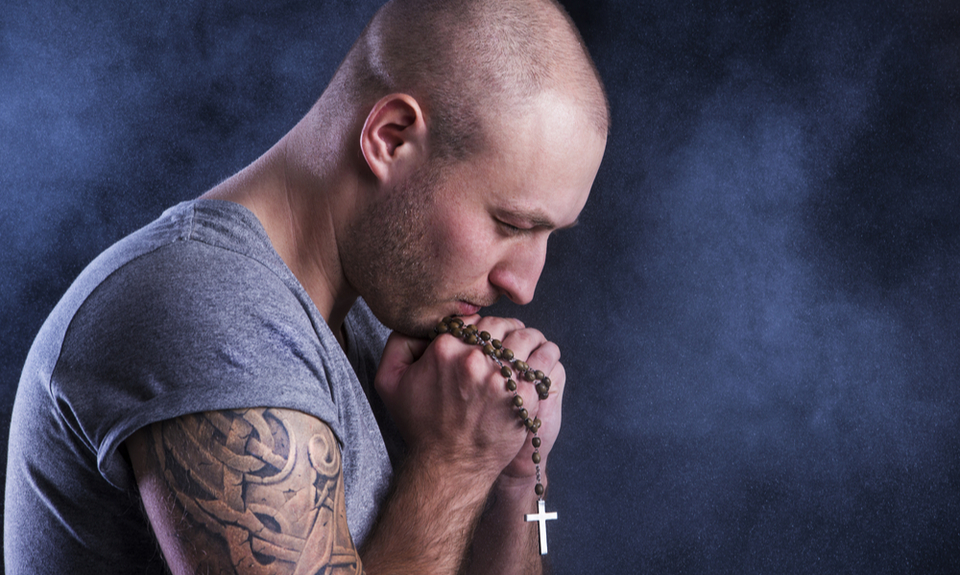 Over the course of the 20th century, a spectacular decline in religious practice occurred within Western societies. Numerous studies now indicate that this trend is escalating. A multifactorial analysis provides a better understanding of what is driving this (r)evolution…

In economic intelligence, we call “weak signals” information that is partial, fragmentary but nevertheless key for anyone wishing to understand and anticipate how the world may evolve. Though these elements may appear to be of secondary importance, they are symptoms of deeper realities. The proliferation of tattoos, for instance, may be considered a weak signal indicating the extent to which our societies are becoming secularized and moving away from traditional faith. At least, this is Jérôme Fourquet’s understanding, presented in his book L’archipel français. Naissance d’une nation multiple et divisée (2019).

For a long time, tattoos were the preserve of very specific groups such as artists or soldiers. However, since the beginning of the new millennium they have become commonplace. It is impossible to walk down a beach these days without spotting any. Twenty-five percent of French people between the ages of 18 and 34 now have at least one. And yet, tattooing was long held as a marginal practice in our Judeo-Christian societies. In fact, the Bible expressly forbids it. Leviticus (19:28) is unequivocal on this matter: “Ye shall not make any cuttings in your flesh (…) nor print any marks upon you: I am the Lord.”  Thus, the practice of tattooing can be understood as individuals reclaiming a body previously reserved for God. Moreover, in addition to their growing numbers, tattoos are often linked to important moments in a person’s life: a union, a birth, a personal achievement. They have become a rite at a time when traditional Christian rites, such as baptism, are plummeting. Far from being limited to France – which is admittedly one of the European countries where there is the least religious sentiment – this trend now extends across most of the world.

This may be surprising given that the 21st century began with a resurgence of religion. While the collapse of the Soviet Union led to an upsurge in Orthodox Christianity in Russia and other post-Soviet states, and the election of George Bush put a “born-again” Christian in the White House, the September 11 attacks in 2001 showed the deadly power of a political Islamism originating from a Muslim world deeply attached to its faith. In this context, the political scientists Ronald Inglehart and Pippa Norris demonstrated in 2011 that the theory of a universal shift towards secularization was debatable, given that religious faith was maintained or had even increased in certain parts of the globe. Yet, in the past decade there has been a clear shift in religious sentiment and practice. In a recent article, Ronald Inglehart noted a sharp trend away from religion in the series of countries he had studied with his colleague ten years earlier. With a few notable exceptions – India in particular – all of those countries are seeing a decline in religious sentiment.

The decline of religion is especially striking in the United States. For a long time, the United States was somewhat of an oddity in the Western world. While sociologists such as Max Weber or Emile Durkheim considered that a decline in religiosity was inevitable as scientific knowledge spread and societies became wealthier, the United States shone as an example of a rich, highly educated country where religious faith and practice remained at high levels. It is now the Western country with the sharpest decline in religious faith. At this rate, it is even possible that the “no religion” group will overtake the evangelicals in the coming years, leading to a radical shift in American society.

It is interesting to ask why the entire planet seems to now be converging towards some type of secularization, the form and extent of which differs according to the geographical region. Naturally, one key driving factor remains access to a high standard of living and a high level of existential security. A recent study confirms the positive relation between a high standard of living and the fact of no longer believing in the need for a God.

This is a powerful factor but it does not explain the recent and rapid decline in religiosity we are seeing today. Ronald Inglehart suggests the following explanation: if religious sentiments can explain behaviours and political ideas, the reverse is also true. Public opinion is changing, particularly with regard to societal issues, one of the most important being birth rates. Religions have always defended and promoted procreation. Yet the vast majority of the planet is now experiencing a drop in birth rates. In addition to this, society is now more tolerant of practices largely frowned upon by the different religions, such as homosexuality, abortion, and couples living together out of wedlock. Modern societies are a lot more permissive and this changes people’s views about the message of religions.

According to Inglehart, these changes in perception are of seismic proportions and put a significant portion of individuals at odds with religious values; they simply no longer identify with them, because they diverge so completely from their own values. Consequently, they end up abandoning their faith. The Muslim world is however an exception to this pattern; certainly, a portion of people are starting to move away from religious movements, but overall these countries remain more religious and conservative than the global average for the time being.

Getting back to tattoos, they could be seen as the signal of a decline in religiosity. But it is also possible that such a practice turns those who engage in it away from the churches that have always condemned it. The decline in religious practice and beliefs raises certain questions. Have our societies renounced all forms of spirituality? If so, what are the consequences of this? These are questions we will be discussing in our articles soon.