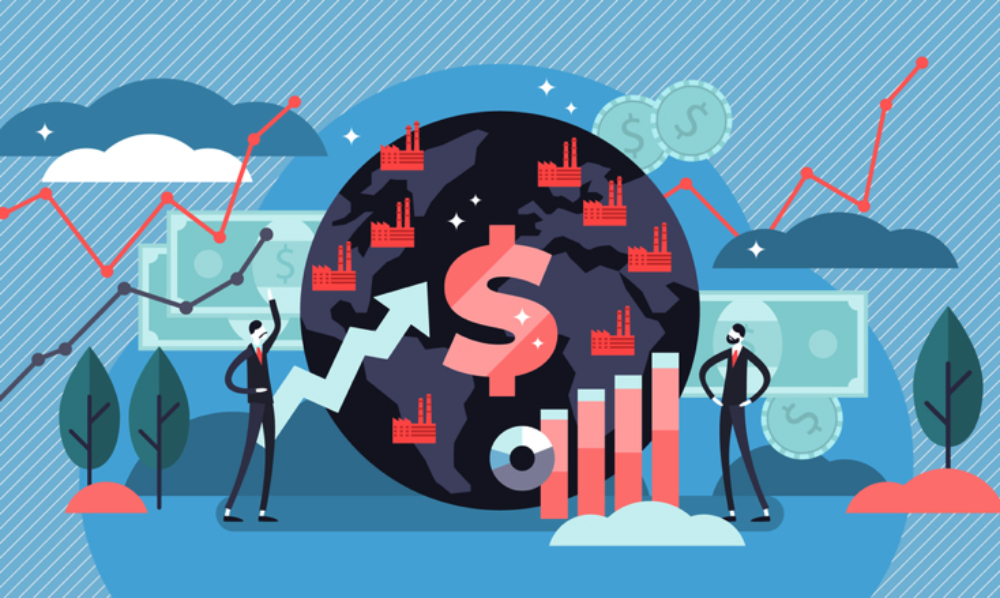 Over the past 30 years, it turns out that macroeconomic volatility has declined substantially in most developed countries, characterized in the literature as the “Great Moderation” period. This decline in output volatility captured the attention of macroeconomists, especially because it occurred in many advanced countries, although the timing and details may differ from one country to the other. Most of the literature focuses on the U.S. and documents a structural change in the volatility of US GDP growth, finding a rather dramatic reduction in GDP volatility since the early eighties. But as regards other advanced countries, the literature shows evidence of a structural break in the volatility of the output growth rate for G7 countries during the eighties, although the break occurred at different times.

The jury is still out about the drivers of this Great Moderation period, but the literature put forward three various explanations. First, “good practices” have been implemented by companies, especially improved inventory management led to a reduction in the amplitude of cycles. Second, “good policies” have been carried out by policy-makers, especially many central banks have adopted inflation targeting strategies leading to greater price stability. Last, the “good luck” has been also put forward by some researchers in the sense the global economy experienced a decline in the volatility of exogenous shocks, such as oil price shocks that occurred in the seventies.

Is it the end of the Great Moderation period?

However, after years of moderate volatility in output, the recent “Great Recession” that affected all the advanced economies in 2008-09, in the wake of the global financial crisis, has strongly surprised macroeconomists by its large amplitude. For example, Reinhart and Rogoff (2009) call the period of the Great Recession and its aftermath as the Second Great Contraction, the First Great Contraction being the Great Depression. Among the various explanations of this unexpected severity, Stock and Watson (2012) argue that the macroeconomic shocks were much larger than previously experienced, at least for the US, especially the shocks associated with financial disruptions and heightened uncertainty. This large shocks hypothesis is also supported in a sense by Ferrara et al. (2015) who show that the Great Moderation does not come with an increase of the non-linear dynamics within macroeconomic variables, suggesting thus that a linear behaviour with shocks may be more appropriate to describe this specific period of time. Some authors also put forward the major accelerating role of the deeply integrated international finance and international trade systems (see Baldwin, 2009), that contributed to the deepness and the worldwide synchronization of this phenomenon. A policy-relevant issue is to know whether this Great Recession implies the definitive end of the Great Moderation period or if it can be considered as a short-lived phenomenon with no medium-to-long term impact on the macroeconomic volatility. Indeed, if we assume that we entered a new era of high macroeconomic volatility, in conjunction with a new era of lower potential growth (which seems to be case for many advanced countries), thus this would lead to more frequent recessions, as defined in the NBER sense, i.e. a prolonged and substantial decline in the aggregate level of output. Some studies argue in favor of a shift to a new regime of output growth volatility, but other evidence suggests that the Great Moderation might not be over.

To contribute to the debate on this specific question, this paper empirically investigates if the low GDP volatility remained unchanged since the emergence of the Great Moderation by using econometric tests of breaks for the mean and variance in GDP growth. We identify permanent and temporary breaks for both mean and variance in the GDP series of 10 advanced countries (US, UK, Japan, Germany, France, Italy, Canada, Australia, Spain and, the Netherlands). Our empirical results do not give evidence to the end of the Great Moderation period but rather that the Great Recession is characterized by a dramatic short-lived effect on the output growth but not on its volatility, at least for all the countries included in the analysis. Therefore, from our analysis based on recent GDP data, there is currently no evidence of a new regime of high macroeconomic volatility.

As an additional result, we take advantage of our econometric framework to have a look at the relationship between macroeconomic growth and macroeconomic volatility. A number of studies have examined the issue of how the GDP volatility affects the growth rate of GDP. That is, is decreased GDP growth rate volatility related to a higher or lower GDP growth rate? Alternative theoretical models and empirical analyses give overall mixed results. We re-examine the effect of output volatility on its growth by estimating GARCH-in-Mean models for which we account for possible breaks. We get that neglecting the breaks in mean and in variance can lead to spurious econometric results as regards relationships between output growth and output volatility. Indeed, we find no clear evidence of relationship between output growth volatility and output growth, once we account for breaks in GARCH-in-mean models. To conclude, if we want to put our results into the current macroeconomic outlook, it is first noteworthy that in spite of increasing global uncertainties of various types (including the Brexit or the trade war), underlying macroeconomic volatility stayed low since 2011. However, the Covid-19 pandemic and the ensuing recession is an unexpected exogenous shock that could persistently modify this regime of low macroeconomic volatility.

Research with purpose What is the most profitable way to sell ? Evidences from research