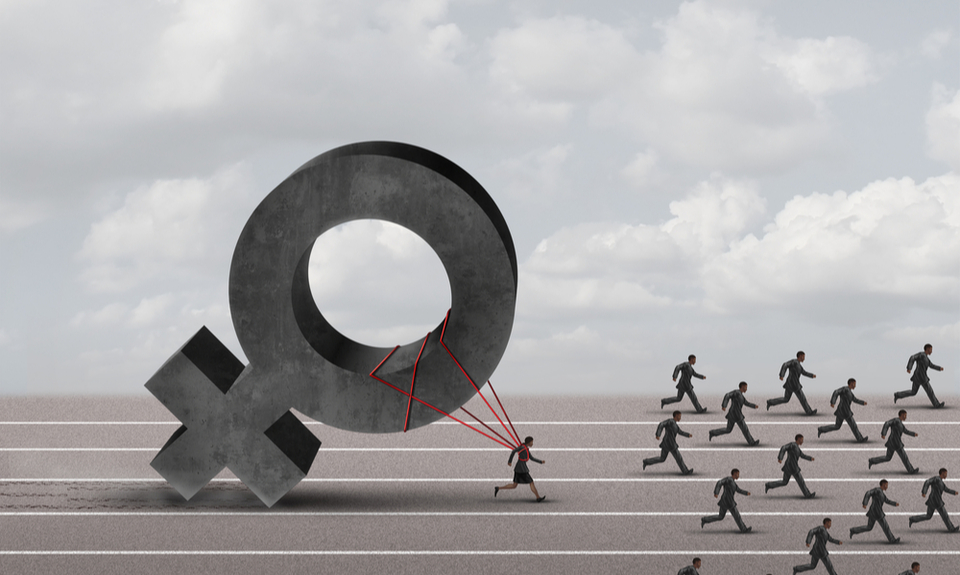 Our modern world continues to be plagued by persistent gender inequalities that contrast sharply with the prevailing egalitarian discourse. These inequalities are rooted so deeply in our history that our societies have, in a manner of speaking, “naturalised” them. Of late, some research – notably by Alberto Alesina, a highly respected economist, recently deceased – has endeavoured to shed light on the origins of these inequalities.

According to Article I of the Universal Declaration of Human Rights, ratified by 43 of the 53 countries making up the UN in 1948, “all human beings are born free and equal in dignity and rights.” Yet to this day we are still seeing a great deal of both formal and informal discrimination around the world, based on gender, sexuality or ethnicity. In certain countries, women are underrepresented in the labour force and even, more surprisingly, in the total population. In part, these inequalities in social roles and well-being reflect cultural norms inherited from the Neolithic Revolution. The latter, which began ten thousand years before our era, corresponds to the development of agriculture, when humans transitioned from hunting and gathering to an agrarian lifestyle. The surplus food generated was essential to making possible the emergence of complex civilisations where a large number of individuals interact, trade and are governed together. Agriculture also brought a sea change to the role of women in society.

In hunter-gatherer tribes, through their food gathering activities women contributed to the survival of the group at least as much as men. This resulted in social relationships based on a probable absence of gender discrimination. The shift to a sedentary and agrarian society changed this by pushing each gender to specialise in specific tasks. This evolution occurred in most societies and led to a patriarchal structure. Men, who were physically stronger, worked in the fields, while women took on the more domestic chores. This division of labour was particularly pronounced when cereals were cultivated rather than root vegetables. Indeed, the intensive production of certain cereals required the use of heavy tools such as ploughs, as well as careful processing of the grains before consumption. Over time, this gender-based division of labour contributed to the commonly held belief that the natural place of women was in the home and not outside in the labour force. It is striking to note that this belief permeated every part of society, from the bottom strata to the very top. For the West, the famous tirade by Molière’s character Chrysale in The Learned Women (Les femmes savantes – Act II, scene 7) comes to mind:

What does it matter if she fails to observe the laws of Vaugelas, [a French grammarian from the 17th century]

provided she does not fail in her cooking?

To form the minds of her children to good manners,

to make her household go well, to look after the servants,

and regulate all expenses with economy,

ought to be her principal study, and all her philosophy.

Our fathers were much more sensible on this point:

with them, a wife always knew enough

Camille Sée actually referred to this part of the play two centuries later. This republican parliamentarian and staunch advocate of secondary education for young girls nevertheless supported a gender-differentiated education for boys and girls by presenting the following argument to the Chamber during the parliamentary debates held from 20 to 22 November 1880:

“I am not taking up the question of whether women should be introduced to careers in the liberal professions or in the administration. It is not prejudice but nature herself that confines women to the family circle. It is in their interest, in our interest, in the interest of the entire society that they remain at home. (…) Chrysale is right: one must consider the roast and broth.”

As we well know, this conception has persisted right up to our modern times. The older an idea is, the more difficult it is to understand its genesis because over time it becomes “naturalised”, in a manner of speaking, and accepted as a universal “truth”. That is why several recent articles have endeavoured to go right back to the origins of gender inequalities and show how these were constructed, in order to “de-construct” them. These studies draw on a number of ethnographic works and, what is even more remarkable, provide empirical tests for gauging the validity and generality of the hypotheses presented earlier.

The graphic below, taken from the article by Hansen et al. (2015), summarises a key finding: the presence of women in the labour force of a given country in the year 2000 is very sharply and negatively correlated with the number of thousands of years that have passed since the agricultural transition, defined as the first year in which the people of a given area began getting more than half of their calories from cultivated foods and domesticated animals. To put it another way, the earliest areas to have undergone the agricultural transition are the ones that today show the most significant gender inequalities in the labour market.

A second study, by Alesina et al. (2013), corroborates the fact that the historical use of the plough has contributed to modern-day gender inequalities in society. All of these empirical elements suggest that current discriminations were, in part, shaped by the introduction of agriculture.

Moreover, the agricultural practices of the past can indirectly explain the social condition of women in the present. Indeed, Hazarika et al. (2019) show that the contemporary female to male sex ratio is much lower in countries where the agricultural potential in AD 1500 was mediocre and thus likely to create periods of malnutrition. The combination of a low food yield and of men having a greater social role in agrarian societies led to a division of resources that favoured men. These inequalities persist today; one dramatic sign of this being the millions of “missing women” put forward by the Nobel Prize-winning economist Amartya Sen in 1990.

The durability of the effects of agriculture on our cultural beliefs is both remarkable and troubling, because it underlines the extent to which history shapes us and, in some cases, imprisons us. Nevertheless, a deterministic view of societies that cannot escape their historical trajectories is unwarranted. In all of the studies mentioned, agriculture explains 10% of gender differences at most. Economic development, education, and social policies are all influential levers that we can use right away to ensure alignment with Article I of the Universal Declaration of Human Rights.