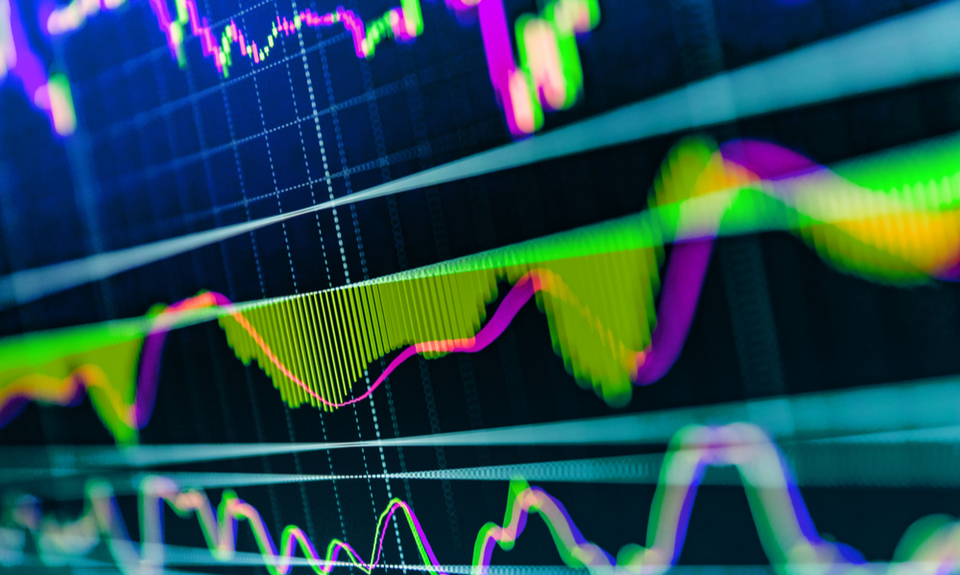 The efficient market hypothesis – the theory that all relevant information is reflected in the price of a share – is fundamental to finance. And yet, in his book “Fault Lines: How Hidden Fractures Still Threaten the World Economy” Raghuram Rajan asks why, during the 2006 crisis, the banks whose share prices had risen the furthest were in fact the worst performers. Given that all public information is reflected into the stock prices, shouldn’t they reflect the quality of the balance sheet and the potential for profit? Is this proof of market inefficiency?

Let us review a few key ideas to understand how efficient markets work.

The price of a share is the result of the future expectations of market operators. It is unreasonable to assume that all investors will hold the same opinion at a given point in time, for two reasons: firstly, they do not necessarily use the same information, and secondly, even if they do, they may not interpret it in the same way. Proof, if proof were needed: different financial analysts produce different intrinsic value estimates for a share. They may also diverge in their views as to whether investors should buy or sell a share. And if they did not, there would be no market liquidity! These divergences do not in any way reflect different levels of ability or talent. If that were the case, all investors would need to do would be to follow the recommendations of the highest-performing analyst, but academic literature shows that there is never one analyst who systematically outperforms their peers. It is impossible to tell whether a forecast is good or not until a long time after the event. As the old joke about economists goes, it is easier to predict the past than the future! Prices are therefore a reflection of all the opinions of market operators at a given time, and they will change as these operators modify their opinions following the publication of information[1]. It is important to remember also that a company’s share price does not only move in response to information about the company itself. It can also be affected by macroeconomic news or simply by expectations relating to other investors’ positions. In the same way as on any other market, the price of an asset is therefore a compilation of all the information available at a given time.

Investors’ opinions depend on the information available in real time

Obviously, operators cannot integrate into a forecast information that does not exist at the time the forecast is made. However, they will take new information into account as soon as it is known, and it can lead them to amend their opinions. They will act on the new information in the market, and the information will therefore be integrated into the price. This is why it is possible to say that the market is efficient. If we assume that there is a continual flow of new information, prices will adjust constantly. Criticising the market and their partcipants for a lack of foresight would be unfair. If an analyst exposes fraud and mountains of hidden debt in a company’s accounts, the share price will probably collapse. This is for example what happened with the energy trader Enron in 2001. The fact that this information had not already been integrated into the share price on the date it came to light obviously does not mean that the market is inefficient. How could market operators have known what was going on inside the company when neither the auditors nor the regulator had noticed anything untoward?

What is a rational expectation?

According to the rational expectations theory, any individual is considered to be capable of developing expectations in the same way as the most skilled economist. What are the consequences of this theory? When a new fact comes to light, for example an announcement in the macroeconomic sphere, we are in a position to say exactly what effect it is likely to have on the price of certain assets. If all the operators integrate this new information into their decisions in a rational way, then the market becomes efficient. That said, predicting an event in a rational way does not necessarily mean that it will happen. All we can do is make the best possible prediction at a given time. And it is clear that even the most able economists frequently make errors in their forecasts and judgements. And we should also add  that there is a high probability of a Bayesian revision of our beliefs. We are all subject to biases which mar our judgement and affect our decisions. Academic literature shows that in specific contexts, our errors of judgement can sometimes cause prices to incorporate information in biased ways, although these remain isolated incidents. Share prices tend to settle back to intrinsic values.

What do we mean by the intrinsic value of a share?

The intrinsic value of a share can be defined as the sum of the present values of all the cash flows the company is expected to generate in the future[2]. The estimations of these cash flows are based on all the information available at a given time. Intrinsic value has to be recalculated constantly because the financial markets receive a continual flow of new information. All the possible future scenarios are taken into account at some point, but as Rajan points out, they will not all come to pass! And indeed, the constant adjustment makes it possible to eliminate the least likely scenarios on an ongoing basis. A new piece of information can completely change the probable scenarios. Let us turn once again to Enron. When the company’s massive fraud was made public, the share price collapsed because that had become, at that point, the most likely scenario.  The fact that, before these revelations, certain analysts considered the company as ‘the best of the best’, to quote the Goldman Sachs analyst, does not mean that the analysts were not shrewd. They simply didn’t have the same information at the time they formed their opinions[3].

It is not possible to accuse the market of not being efficient because we observe with hindsight that a scenario has occurred (a state of the world, as an economist would say) and that prices were not based on this sole hypothesis in advance. This is in fact a classic example of retrospective bias [4].

The example of the sovereign debt crisis

During the sovereign debt crisis, the markets were criticised for not having differentiated between the debts of different states, meaning that the interest rates on sovereign debt were similar, even though the risks represented by these loans varied widely. Let us review the facts to understand the logic of the markets.

The criticism is based on the fact that there was a no-bailout clause in the Treaty on the Functioning of the European Union (TFEU) under which the EU undertakes not to be responsible for repaying the public debt of the different member states. The treaty also prohibits the European Central Bank from granting monetary financing to these states. Certain economists take these articles to mean that it was assumed in the context of the implementation of European monetary union that the markets would make their own assessments of the different countries and that the quality of their public finances would be reflected in the sovereign bond yields. This interpretation leads them to reject events since 2010, citing the markets’ lack of clear-sightedness. This is a highly specious argument. The markets do indeed reflect the quality of debt, in particular via the rating agencies, which have also come in for their share of criticism [5]  but concretely, what is the situation?

The markets had two possible interpretations:

To summarise, it would be inappropriate to criticise the markets for not having reflected the different levels of risk in the eurozone interest rates, and thereby let the political leaders off the hook for not having applied the sanctions laid down in the Maastricht Treaty. As soon as the markets became aware that the more disciplined states were not necessarily prepared to finance the less disciplined ones, the market price of the latter’s debt fell sharply and yields rose in correlation, reflecting the risk of the debt. Market efficiency is therefore not necessarily an illusion as some commentators have written. The belief that the states would support each other should one of them default was even more reasonable in that it was substantiated not only by the texts but also by public declarations. In February 1995, Jacques Delors, one of the founding fathers of the Euro, said “the EU recognises the debts of all countries in EMU”. In his mind, this was the first stage in a plan for political integration, a scenario that the markets assimilated from then on. Why should they be criticised for that?

Finally, it has to be said that the markets that imagined that the eurozone countries would stand together were in fact correct!

[1] Price movements can also be caused by other factors (non-informational reasons).

[2] There are also other approaches to intrinsic value and we recommend you refer to valuation manuals for an overview of these. Our work is based on this approach which is widely used by analysts and is the foundation for asset valuation.

[3] Although faced with conflicts of interests, there were some who stated opinions that were not in line with their deep convictions!

[4] Retrospective bias means thinking that we would have been capable of foreseeing a fact that later happened before it occurred. It is very important to understand that when ratings agencies assess private borrowing, they do so based on private access to information. This is not the case for sovereign debt.

[5] It is very important to understand that when ratings agencies assess private borrowing, they do so based on private access to information. This is not the case for sovereign debt.

[6] In ‘Economics for the Common Good’, 2016, Princeton University Press. Tirole reminds us that there were 68 violations of the Stability and Growth Pact but no sanctions were issued. He stresses that France and Germany were involved as early as 2003.