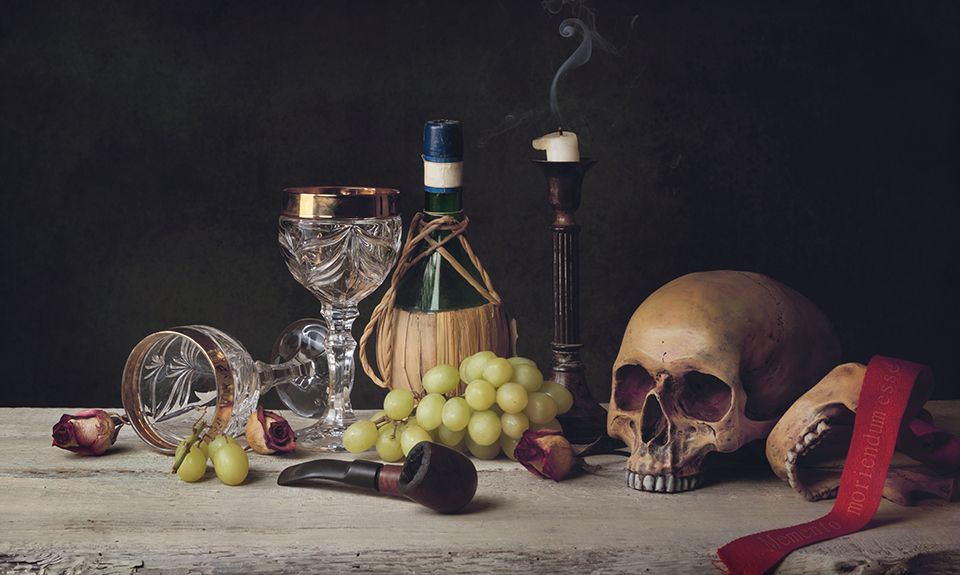 In the current coronavirus pandemic, our societies are being confronted with a risk that many believed had been left in the past, at least in the West: mass death. What does this crisis tell us about our relationship to death? That far from inspiring rejection, death engenders a movement of compassion. For the first time in history, the first choice of practically every country affected by the virus has been to protect life, particularly that of the elderly, to the detriment of the economy.

Death, at the heart of societies in the past

In 2020, the entire world abruptly rediscovered the spectre of deadly epidemics we had thought relegated to the past. Over the past few weeks, a host of articles have reminded us of the many times in history when humanity has been confronted with pandemics. One example is the Spanish Flu which, a century ago, caused more deaths than the First World War. These reminders are often an opportunity to point out just how much our modern societies seem to have forgotten the frailty of human life and the catastrophes of the past, preferring to repress death, which has now become shameful and taboo.

Things have not always been this way. In previous centuries, death was eminently present in everyday life: everyone lived in constant proximity to it. This is evidenced by the cemeteries that used to surround the church in each village, marking the boundaries of what was a sacred space in the eyes of the entire community. During the Age of Enlightenment, the architect Claude-Nicolas Ledoux made the cemetery one of the central elements of his ideal city project. At that time, death gave rise to cultural practices that associated the living and the deceased. In the Middle Ages, one of the main activities of monastic orders was commemorating the dead whose names appeared on obituaries, i.e. lists of people for whom an anniversary mass was held to commemorate their passing. Death was pervasive and often came early. In a chapter of Essays entitled On Age, Montaigne declared that “To die of old age is a death rare, extraordinary”, a privilege reserved for those who have managed to avoid life’s many accidents. That is the reason why the philosopher from France’s Aquitaine region devoted another chapter to discussing Cicero’s statement that “To study philosophy is to learn to die”; in it he advises that we should always keep in mind the idea of death, the memento mori (“remember that you will die”). During the same period, in painting, vanitas and a little later on still lifes – think Chardin – also allegorically represented the passage of time, the transience of life. Remember that in 1800 still, according to demographers, half the children in France were dying before the age of 10 and the life expectancy was around 30 years. Although death was a source of pain for loved ones, the Church also saw it as a deliverance from the suffering of this world and hoped it was the gateway to eternal life.

Is modernity repression of death?

Today, it is quite the opposite: death and its commemoration are largely no longer a part of the everyday life of developed Western societies. Three main reasons can be found for this, all closely related. The first, and probably the most obvious, is that life expectancy has increased in proportions that our ancestors could never have hoped for: in two centuries, it has doubled in industrialised countries to reach nearly 80. The second reason lies in the secularisation process, i.e. the pre-eminence of the profane sphere over the sacred. Effectively, the major moments in life – birth, the transition into adulthood, the forming of romantic relationships, death – have slipped from the grasp of religious authority and its rites. Long held as a promise of eternal life, for many death has become the end of the road in a disenchanted world. This phenomenon is common to large parts of the West. It even touches the United States where, for a long time, religious practice has been more fervent than in Europe. The third and final reason lies in the process of individualisation, brought to light by the sociologist Norbert Elias in particular, whereby human beings are increasingly perceiving themselves as separate from one another. In The Loneliness of the Dying, Elias notes that this individualisation is at the root of the “repression of death”, because it tends to create detachment between individuals to the point where the dying inspire more repugnance than compassion. That is why the end of life, which is now long, tends to increasingly take place away from one’s family, in retirement homes or in hospital. Although this theory is largely controversial today, there is no denying that economic development tends to break down traditional family ties and is in part responsible for erasing the collective dimension that once surrounded death. But does that really mean that it is repressed and that the dying, or the very old, arouse feelings of shame and repugnance as Elias maintains?

Defending life above all

On the contrary, the coronavirus epidemic seems to show that, today, the idea of repressing or denying death is highly debatable. First, the current number of deaths but also those that might follow confront us with the risk of mass death and make it impossible to deny. And, via the media, it is collectively that the world is observing the ravages of the virus, to the point where the pandemic has aroused a collective sensitivity that sometimes borders on excessive. That is probably one of the reasons why a large number of political leaders summoned the memory of war to drive home the situation we are currently facing. Furthermore, contrary to the idea that in modern societies we die alone, the deaths that have taken place in isolation in a hospital room have shocked people deeply, whether the families who were denied access to their loved ones in their final moments or the friends who were not allowed to attend the funeral service. This refusal to allow the presence of loved ones, for obvious medical reasons, and the anger this has generated underscore the extent to which mourning is a collective process. Finally, if there is a need to question the idea that we keep death at a distance it is because for the first time in our history every country on the planet has preferred to stop the economy to protect its people, particularly the elderly ─ saving, not repressing. It should probably be seen as the sign of aging societies that push death away and cherish life. In other words, far from dismissing it, the crisis is manifesting a vision of death that is less surrounded by collective rituals but experienced as an individual and collective tragedy and not as a taboo. In secularised societies, seeing death as inevitable gives life value and pushes people to protect it by all means, as never before in history. It is still too early to be able to tell whether the coronavirus pandemic will be a turning point, but it would already appear that we should distance ourselves from the repression of death idea.

Geopolitics of climate or geopolitical climate